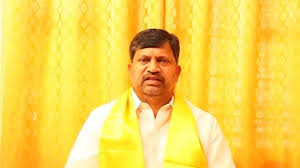 Addressing the gathering, Ramana congratulated the people of the State and the country on the occasion of the Republic Day. He said the celebrations were held to recall the services rendered by the great leaders of the country like Dr B R Ambedkar, who drafted Indian Constitution. He said the Constitution had not only ensured basic fundamental rights, but also did justice to all sections of the society.

Commenting on the recent elections, Ramana said it was unfortunate that allegations of EVM tampering were doing the rounds in the country. He demanded that the Union government provide 33% reservations to women in the country in the same manner as the 10% reservations were provided to economically weaker sections.

Party’s politburo member Ravula Chandrasekhar Reddy said the needs of the people were not being met although the Constitution was amended 124 times so far. (PMI)