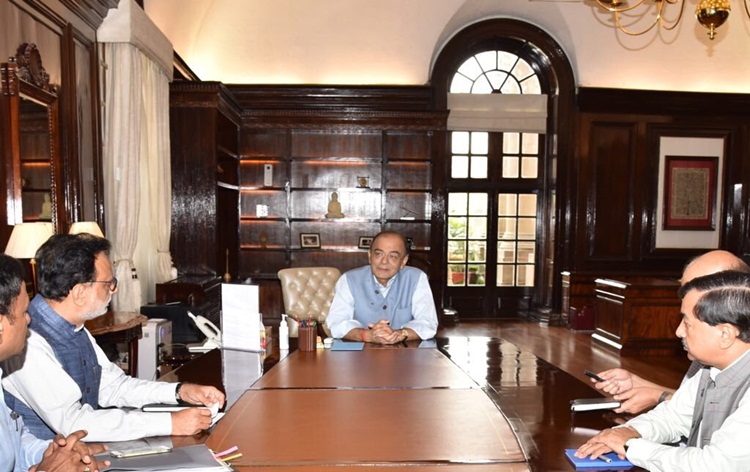 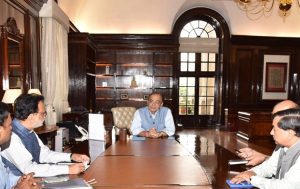 New Delhi aug 23(News Line)Union Minister Arun Jaitley has taken charge of Minister of Finance and Corporate Affairs today after a three month interval. Minister of Information and Broadcasting Col Rajyavardhan Rahore in a tweet welcomed Mr. Jaitley on his assuming the charge as Minister of Finance and Corporate Affairs.
He said he is glad by his recovery from surgery, and wish him many healthy years ahead in the service of the nation.
The Minister underwent a kidney transplant on May 14 and his ministerial charges were given to Piyush Goyal on an interim basis.
Earlier, in a press communique from the Rashtrapati Bhavan said, the President of India, on the advise of Prime Minister, has directed to assign the portfolios of the Minister of Finance and Corporate Affairs to Arun Jaitley.
Post Views: 88
2018-08-23
admin
Previous Wonderful homes under Prime Minister’s Awas Yojana has been made it possible because there are no middle men: PM Modi
Next President Ram Nath Kovind to inaugurate the International Buddhist Conclave in New Delhi today