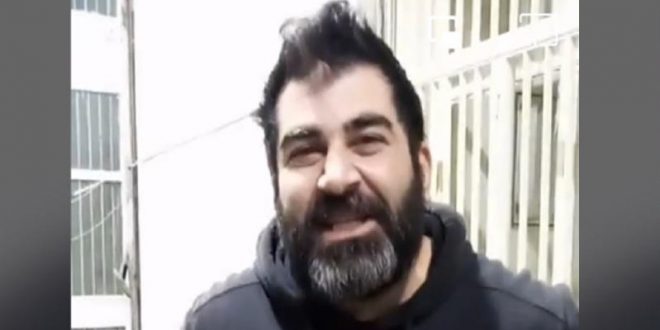 BEIRUT: A man armed with a shotgun is holding staff hostage at a bank in crisis-hit Lebanon’s capital, Beirut, threatening to set himself ablaze unless he receives his trapped savings, according to a security official. 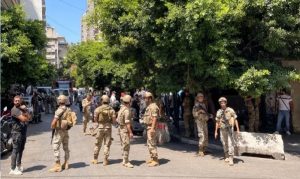 The man entered a branch of the Federal Bank in Beirut’s bustling Hamra district on Thursday carrying a canister of petrol. He was holding six or seven bank employees hostage, according to the official, who spoke on condition of anonymity in line with regulations.

The man also fired three warning shots, the official said. Local media reported he has about $200,000 stuck in the bank.

Authorities were attempting to negotiate with the man, as army soldiers, police officers from the country’s Internal Security Forces, and intelligence agents surrounded the area.

The man’s brother, who was also on scene, told the Associated Press his brother was seeking to withdraw his money to pay for his father’s medical expenses and other family needs.

“My brother is not a scoundrel, he is a decent man,” Atef al-Sheikh Hussein told the news agency. “He takes what he has from his own pocket to give to others.”

Banks in Lebanon, which is suffering from the worst economic crisis in its modern history, have 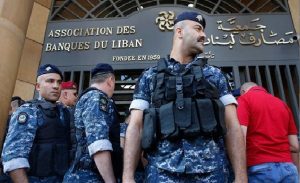 implemented strict withdrawal limits on foreign currency assets, effectively freezing the savings of many citizens, Al Jazeera’s Zeina Khodr reported from outside of the bank in Beirut.

“Banks have imposed informal capital controls for nearly three years. In late 2019, people were locked out from their savings. A few months later they started to impose limits on withdrawals as well. And if you had a [US] dollar account, they would disburse their money in Lebanese currency which has really devalued,” she said, adding that the value of the Lebanese pound has declined by more than 90 percent against the US dollar.

The crisis has left two-thirds of the population living in poverty, but foreign governments have avoided investing or bailing out the cash-strapped country without commitments to reforms to address corruption.

Mobile phone footage of the incident showed the man demanding his money. In another video, two police officers behind the locked bank entrance ask the man to release at least one of the hostages, but he refuses. 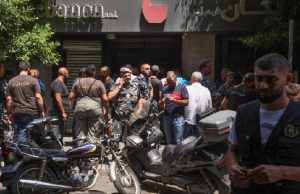 “He’s demanding his money because he hasn’t been able to find a job. This is the information we’re getting from second-hand sources. (He is) a disgruntled depositor who believes that this is his money, it is his right to have access to his money,” Khodr said, adding that other disgruntled depositors had gathered at the scene, some in support of the man.

“This is not an armed robbery, if you like, or a bank robbery in the full sense of the word, but this is a man taking hostages…demanding what he believes is rightfully his,” she said.

Thursday’s standoff follows an incident in January when a 37-year-old coffee shop owner successfully withdrew $50,000 of his own money from a bank branch in eastern Lebanon after holding bank staff hostage. (AP)