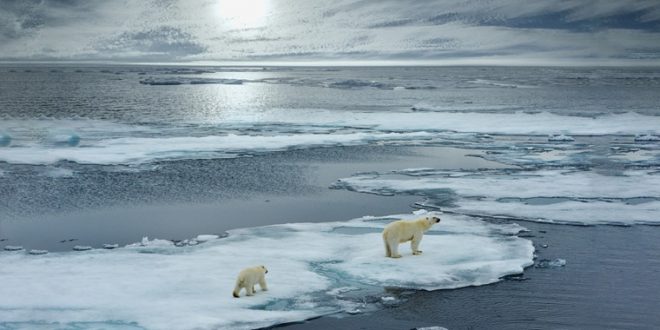 LOS ALAMOS/ NEW MEXICO: A new study reveals that the Arctic is melting four times faster than the rate of global warming. 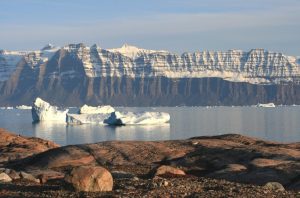 The study could not find contributing causes but suspected the causes may be linked to “sea ice and water-vapour feedbacks” combined with changes in how the atmosphere and ocean’s heat move into the Arctic.

Unfortunately, the rate of Arctic temperature drop has increased steeply in the last half-century, a finding that was entirely overlooked by all except four out of 39 climate models.

“Thirty years is considered the minimum to represent climate change,” said Petr Chylek, a physicist and climate researcher at Los Alamos National Laboratory and lead author of the study, in a university release. “We decreased the time interval to 21 years. At that smaller time scale and, contrary to previous investigations that found the Arctic amplification index increases in a smooth way, we observed two distinct steps, one in 1986 and the second one in 1999.”

The Arctic’s melting Greenland ice sheet can lead to natural destruction around the world it causes sea levels to rise, which directly impacts coastal communities. 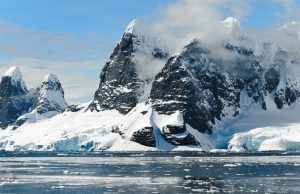 In the first few decades of the 21st century, the AAI was four, meaning four times faster than the global mean and much more quickly than previous research had determined using 30 to 40-year time intervals.

Of the 39 climate-change models used in the CMIP6 collection of the Coupled Model Inter-comparison Project, researchers found that four models reproduced the first step reasonably well around 1986, but none reproduced the second step in 1999.

“We attributed the first step to increasing concentrations of carbon dioxide and other pollutants in the atmosphere because several models do it correctly,” Chylek said. “But the second step we think is due to climate variability because none of the models can reproduce the second step.” (Int’l Monitoring Desk)