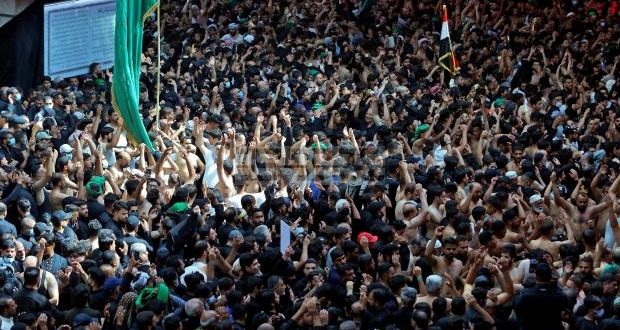 KARBALA/ISLAMABAD/ NEW DELHI/ LONDON/ PARIS/ NEW YORK/ MELBOURNE/ KABUL/ DAMASCUS/ KHATIF (SAUDI ARABIA): Undoubtedly, most important thing that draws the attention of the world at this time was the “Arbeen”, the 40th day mourning of Hazrat Imam Husain Alaihis-Salam (AS), at Karbala – Iraq, where millions faithful annually converge at the largest gathering on earth. Beside hospitable reception and utmost healthcare provision put in place for the pilgrims, security is jointly ensured also, significant role is played by the religious authorities, government, scholars, non-governmental organizations and individuals in the symbolic journey in search of reward of Allah in the services. 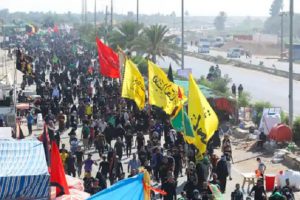 The event, observed across the world including Iraq’s holy city of Karbala, Capital Baghdad, another holiest city Najaf and Kazimain, Iran’s cities Tehran and Mash’had,

All big and small cities and towns of India and Pakistan, across Europe and America and Africa to Australia without any fear of coronavirus (COVID-19) as well as any security or enemy’s thread.

The Chehlum of Imam Husain and his companions was observed across Pakistan on Tuesday with due reverence and solemnity to mark the supreme sacrifices of the martyrs of Karbala in 680 AD.

Processions of Zuljanah and Tazias were taken out in various major cities with hundreds of mourners accompanying them and reciting Nauhas.

In Karachi, the main procession culminated peacefully at Husainian Iranian Imambargah Kharadar after passing through its traditional thoroughfares. 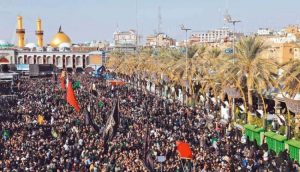 Special arrangements were made in the city regarding civic facilities and security by law enforcement and local administration.

These included cleanliness on the route of the main mourning procession, repair of roads, rectification of the sewerage system and lighting arrangements to facilitate the participants.

Strict security measures were made to prevent any untoward incident as Police, Rangers and gents scouts were deployed along the route of the procession.

Sabeels (stalls for refreshment drinks) were set up as per years old tradition.

The Karachi Traffic Police made an alternative route plan for the public to ensure smooth flow of traffic on roads of the city.

All the small roads and lanes leading to the route of main Chehlum procession were closed with the help of containers and buses to stop unwanted entry. 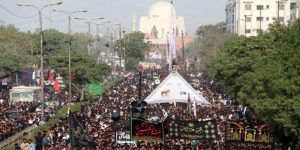 In Pakistan, according to a police official, 14,000 policemen, 10 companies of Pakistan Army and four companies of Rangers performed their duties on the occasion.

Mobile services were also suspended along the routes of processions taken out in various cities, owing to security concerns.

In Karbala this year the Chehlum (Arbeen) observed as like celebrated last year without any fear of coronavirus but the participants followed all Standard Operating Procedures (SOPs) and tens of thousands of Shia Muslims around the world gathered in Karbala, Braving intense heat, sand storms, and precarious security situation, millions of Shia Muslims from different corners of the world converge at one place and cover vast swathes of land by foot. 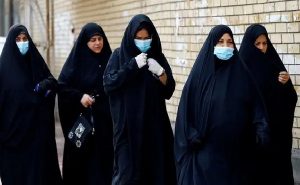 This annual event that has become a talking point in recent years is known as Arbaeen march, which takes place 40 days after Ashura, the day famous for the tragic event of Karbala, when Imam Hussain (AS), the grandson of Islam’s Prophet, Hazrat Muhammad Mustafa  (PBUH) was martyred on October 10, 680.

The marathon walk on an 80 km stretch from Najaf to Karbala in Iraq took place this week with the participation of millions of people from many countries, including Turkey.

Arbaeen Walk has been widely described as the biggest annual gathering with participants from across the globe, according to Iraqi officials. The crowd has been swelling each year.

People joining the march proudly hold aloft flags of their respective countries and march in unison. The majority of them are from Iran, Lebanon, Azerbaijan, Pakistan, India, Turkey, Syria, Indonesia, and some European countries. 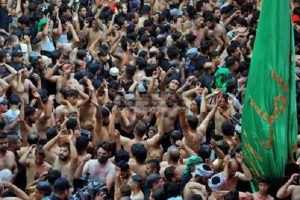 An official in Iraq’s Interior Ministry told Anadolu Agency that this year’s turnout has been unprecedented as free visas were issued to the Iranian pilgrims.

The whole journey of about 50 miles from Najaf to Karbala is marked with 1,400 poles, corresponding with the number of years that have passed since the Karbala events.

It takes about two days and two nights to complete the walk depending on the pace and stoppages in between.

Chehlum of Hazrat Imam Hussain (AS) was also observed with due reverence and spirit across India including Hyderabad Deccan, Bombay, Kolkata, New Delhi, Madras, Assam and hundreds of small and big cities of different states of India

On this occasion, grand majalis-e-aza were held while mourning processions of Tazia, Alam and Zuljinah were taken out attended by hundreds of thousands of mourners.

Qama and zanjeer zani was also performed to signify grief on the unjust killing of Hazrat Imam Hussain (AS). 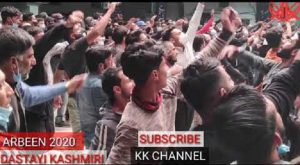 Meanwhile, the generous hospitality of Iraqi people during the Arbaeen pilgrimage has been added to UNESCO’s prestigious heritage list.

“Provision of services and hospitality during the Arba’in (Arbaeen) visitation” has won world heritage status, joining UNESCO’s culture list as one of the most prominent social and cultural characteristics of the Arab nation to cherish the religious event, YJC reported on Saturday.

Arbaeen pilgrimage, aka Arbaeen trek, is a characteristic spiritual exercise in which hundreds of thousands of Shia and Sunni Muslims, even Christians and Zoroastrians, etc. from various nationalities participate. 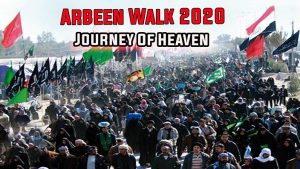 The long trek is destined to Karbala, where Imam Hussein (AS), the grandson of Prophet Muhammad (PBUH), is laid to rest. The event marks an end to the 40-day mourning period following martyrdom of the Imam and his loyal companions at the Battle of Karbala on Muharram 10 in the year 61 AH (680 CE).

According to the UN cultural body, the trend is a social practice performed across the central and southern regions of Iraq, from where processions of visitors and pilgrims converge towards the holy city of Karbala.

The tradition – a social practice with deep roots in the Iraqi and Arab tradition of hospitality – is an immense display of charity through volunteering and social mobilization and considered to be a defining element of Iraq’s cultural identity.

Every year, around the 20th of the Islamic month of Safar, the Iraqi province of Karbala receives millions of visitors in one of the world’s most populous religious pilgrimages. 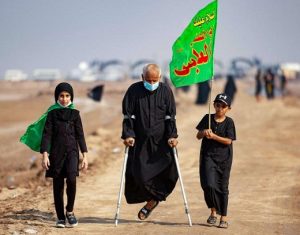 Hailing from different regions in Iraq and abroad, visitors walk to the holy shrine of Imam Hussein (AS). A vast number of people contribute their time and resources to providing the pilgrims with free services along the route. Starting at least two weeks before the date of Arbaeen, associations set up temporary facilities or reopen more permanent ones along the pilgrimage routes, including prayer halls, guest houses and stands offering various services.