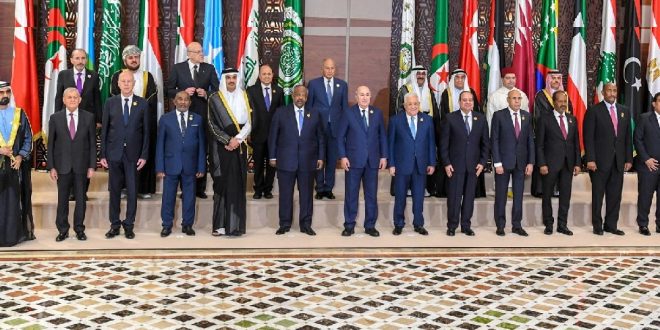 DUBAI/ RIYADH/ JERUSALEM: In the two years since the United Arab Emirates, Bahrain, Morocco and Sudan signed the US-led normalization agreements with Israel, or Abraham Accords, the rapprochement has led to numerous collaborations on political, diplomatic and economic levels. 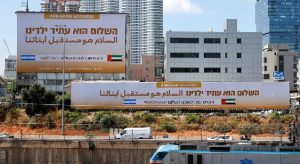 However, when it comes to developing relations among the people living in these countries, there is still a way to go. “The accords have yet to find a firm rooting in the attitudes of Arab populations,” Gerald M. Feierstein, senior fellow at the Washington-based think tank Middle East Institute (MEI), and Yoel Guzansky, a non-resident scholar at MEI, recently concluded in an essay.

To reduce prejudices and facilitate dialogue among the next generation, the Washington-based think tank Atlantic Council and the Jeffrey M. Talpins Foundation in New York invited politicians and members of civil society from Israel and from Arab countries that signed peace treaties with Israel to a summit. They dubbed it the “N7 Initiative,” with the “N” standing for ties with Israel, or normalization, and seven for Egypt, Jordan, United Arab Emirates, Bahrain, Sudan, Morocco and Israel. The summit took place in the Moroccan city of Rabat in early December.

“It is critical for normalization that younger generations come together and learn from each other; that is why we focus on education and coexistence,” Oren Eisner, the president of the Jeffrey M. Talpins Foundation, told DW. 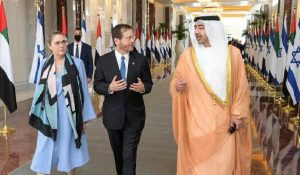 The summit aimed to provide practical ideas like platforms for student- and youth exchanges, and projects to increase religious tolerance.

The term “Abraham Accords” was coined in 2020 for the normalization statements between Israel and Arab countries that were facilitated under then-US-president Donald Trump. By signing such a treaty, the United Arab Emirates, Bahrain, Morocco and Sudan recognized Israel’s state sovereignty and established full diplomatic relations.

However, the signing countries were also criticized for “selling out” on the question on the Palestinians, while Israel’s then-Prime Minister Benjamin Netanyahu, of the conservative Likud party, celebrated the separation of the Palestinian issue from establishing relations to Arab countries.

According to Cinzia Bianco, visiting fellow at the European Council for Foreign Relations (ECFR) the Palestinian cause continues to form a central part of pan-Arab sentiment. “I don’t think the UAE-Israel deal paves the way for the establishment of formal and official relations between Israel and Saudi Arabia, Oman, Qatar or Kuwait,” she told 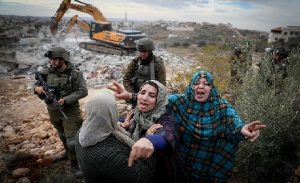 DW, adding that “in all of these countries, despite some cooling toward the Palestinian cause within parts of the Arab youth, especially in Saudi Arabia, popular opposition towards normalization is still quite high.”

Hugh Lovatt, senior policy fellow of the European Council for Foreign Relations (ECFR,) also sees that Israel’s treatment of Palestinians remains one of the most difficult issues for the public in Arab countries.

“The open-ended occupation will continue to constrain the full potential of the Abraham Accords and associated educational projects,” he told media.

“As for Israel, I return to the Ministry of Education with a pool of ideas for long-term multilateral school projects, for nonformal education, for sports groups and musicians,” Dalit Atrakchi, the head of international relations at the Israeli Ministry of Education, told DW following the summit. (Int’l News Desk)