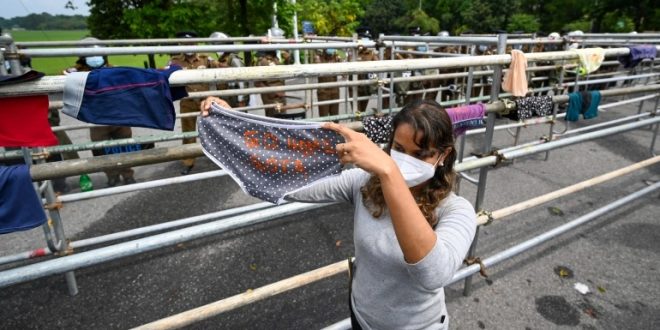 COLOMBO: Thousands of shops, schools and businesses closed on Friday as public and private 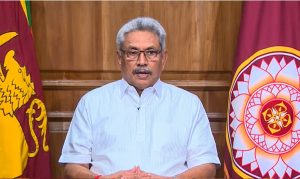 sector workers in Sri Lanka went on strike, demanding the president and his government step down for their mishandling of the island’s worst financial crisis in decades.

Hit hard by the coronavirus pandemic and rising oil prices, the government of President Gotabaya Rajapaksa has been left with as little as $50m in useable foreign reserves, the country’s finance minister said this week.

“We can pinpoint the policy blunders of the president that led to this very sorry state of our economy,” said trade union leader Ravi Kumudesh. “He must go.”

Shortages of imported food, fuel, and medicine have led to more than a month of sporadically violent anti-government protests. On Friday, shops were shuttered in major cities around the country and commuters were left stranded as private bus and train operators joined the strike. 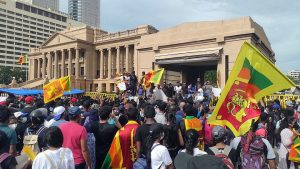 The main railway station in Colombo was closed and only public buses were operational at the terminal nearby. Healthcare workers also joined the strike, though emergency services continued to work.

The Indian Ocean island nation is on the brink of bankruptcy and has suspended payments on its foreign loans. Its economic woes have brought on a political crisis, with the government facing a no-confidence motion in parliament.

Hundreds of university students and other protesters remained camped outside the main road to parliament where they started a sit-in on Thursday.

Some hung their underwear on the barricades as an insult to the political leadership. Messages such as “Gotta go home”, a rallying cry from the protests – were scrawled on some of the underpants and vests. 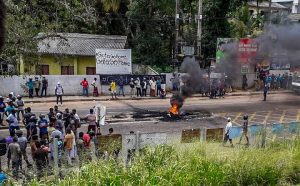 “We are here because we are sick and tired of politicians lying to us. We want the president and this government to go home,” said Purnima Muhandiram, a 42-year-old advertising professional.

Opposition leader Sajith Premadasa told parliament on Friday the opposition wants to move a no-confidence motion against the president and the government next week.

Rajapaksa has refused to step down, instead repeatedly calling for a unity government led by him.

“We have called multiple times for the formation of a unity government or an interim government but it is the opposition that has refused to extend support,” chief government whip and public security minister, Prasanna Ranatunge, told parliament on Friday. (Int’l News Desk)