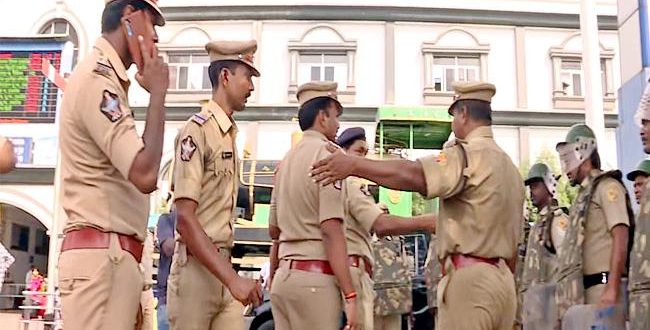 Amaravati’June 18 2022-In view of recent anti-Agnipath protests, several cities in Andhra Pradesh have been put on high alert following the large-scale violence and arson by anti-agnipath protestors at Secunderabad Railway station on Friday. Security has been tightened at several major railway stations in the state. 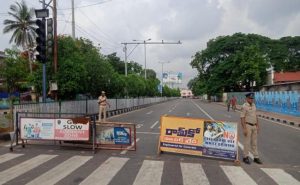 Special forces have also been deployed in Visakhapatnam, Vijayawada, Guntur and Tirupati. The state police chief Rajendranath Reddy on Saturday held a review meeting with the railway officials and police officials and assessed the security situation at the railway station.

According to police, around 200 Army candidates, who are found to be suspects in the violent protests, were taken into preventive custody by the police. Intelligence agencies had earlier warnedthatheagitators had planned protests in Guntur and Visakhapatnam. To forestall further agitations, the protesters are being detained at several places. The policemen were also seen gathering information about the detained candidates from the army coaching institutes they belong to. Armed police pickets have been posted at all the major railway stations and passengers are being allowed inside the railway stations after checking their journey tickets. A large posse of policemen have been deployed at Tirupati, Visakhapatnam, Vijayawada, Guntur and Tirupati railway stations.
Share
Previous US condemns blasphemous remarks by BJP members
Next TRS Corporator From Khairatabad Joins Congress