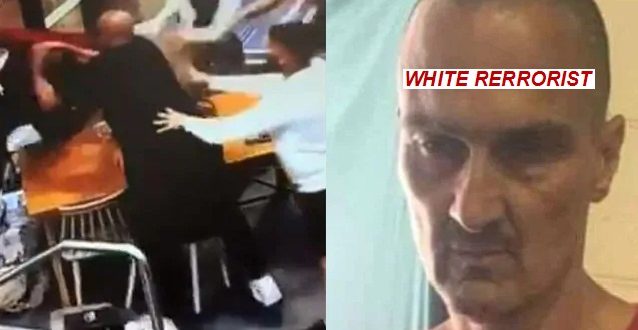 Another “White Terrorist” attacked on Rana jailed in Australia 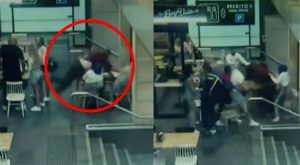 SYDNEY/ MELBOURNE: After Brenton Tarrant another “White Terrorist” namely Stipe Lozina has been sent to jail in Australia ‘over the public pressure’ while the dozens are in queue to face imprisonment against their severe crimes and terrorism bids if their trials run speedy and prosecution keeps themselves neutral and impartial against their nature, routine and practice, sources claimed.

An Australian man who punched and stomped on a pregnant woman in a suspected Islamophobic attack has been jailed for three years.

Elasmar, then 38 weeks pregnant, had been with friends in a cafe when Lozina entered and approached their table, asking for money.

When she refused, he launched into a “vicious” assault fuelled by religious prejudice, a trial heard. 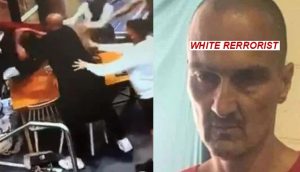 Prosecutors said he had yelled “you Muslims wrecked my mum” before leaning over and punching Elasmar to the ground.

He struck her at least 14 times and stomped on the back of her head before other customers managed to pull him away.

Security video of the attack caused wide outrage in Australia.

Sentencing judge Christopher Craigie previously described it as a “wicked and deplorable” attack from an “obviously unwell” man.

“The assault was one with a grave potential to cause very serious harm to both the victim and her unborn child,” he said on Thursday.

Elasmar told the court in September she had felt targeted because of her religion, and had feared for her baby’s life and her own.

“If nobody intervened, I could have been killed,” she said. 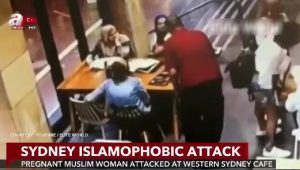 “I made a conscious decision to turn my abdomen away from his punches. I wanted to protect my baby.”

She suffered minor injuries and gave birth to a boy three weeks after the attack but the court heard she had suffered lasting trauma since, including fears about being in public and explaining the attack to her four children.

Lozina refused legal help and represented himself in court. During his trial, he made many incoherent rants, Australian media reported.

The judge noted that he had been diagnosed with schizophrenia and had a “longstanding struggle with mental illness”.