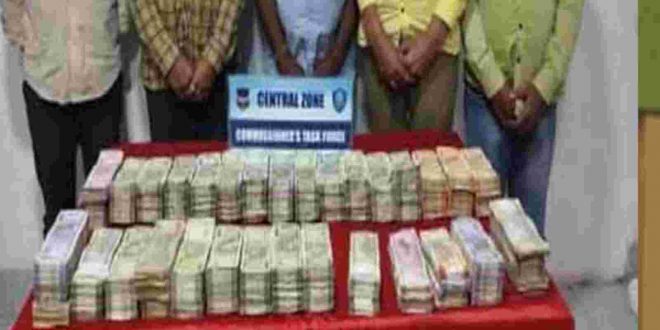 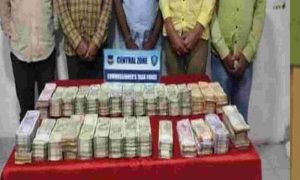 The raid was conducted when Hawala money was being collected and distributed. The accused were found in possession of unaccounted money.

This is the latest in a series of Hawala rackets busted in the city during the last few days. Police have seized about Rs 10 crore in cash in separate operations.

The cash was seized during a heightened vigil by the police in view of the by-election to the Munugode Assembly seat in the neighboring Nalgonda district on November 3.

On October 20, police seized over Rs 1.10 crore in cash from four persons. The cash was seized from a car during vehicle checking in the Shainayathgunj police station limits. Police arrested Kamlesh Kumar, Ashok Kumar, Rahul Agarwal, and Ratan Singh.

According to police, the main accused Kamlesh Kumar started running a hawala business with others as he was not getting enough profits in the plastic bag business.

On October 10, unaccounted cash worth Rs 3.5 crore that was reportedly being transported to Munugode was seized. Six persons traveling in two cars with the cash were apprehended by the Commissioner’s Task Force team.

On October 7, police seized Rs 79.25 lakh and arrested four people, including two Uttar Pradesh natives, under suspicious circumstances during a vehicle checking drive in the limits of Chandrayangutta police station.

Earlier on September 29, a Meerut-based scrap dealer was caught in Hyderabad with Rs 1.24 crore cash. He had told the police that he collected the cash on the instructions of his uncle and was to deliver it to four persons living in the city