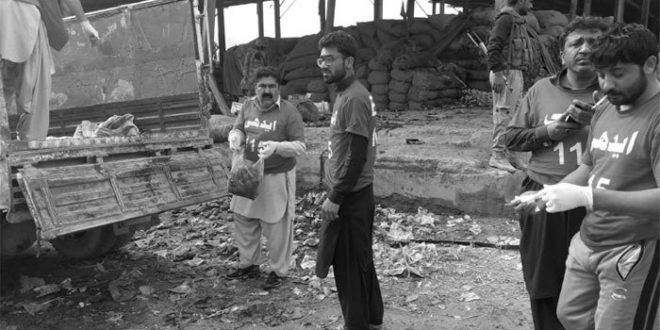 DIG Quetta Abdul Razaq Cheema confirmed nineteen people had martyred, while at least seven others were injured in the blast.

Buildings located nearby were also damaged in the blast, police said.

The bodies and injured were being shifted to Bolan Medical Complex and Civil Hospital Quetta.

Security forces have cordoned off the site of the blast.This is a developing story. More details will be added as they are made available.