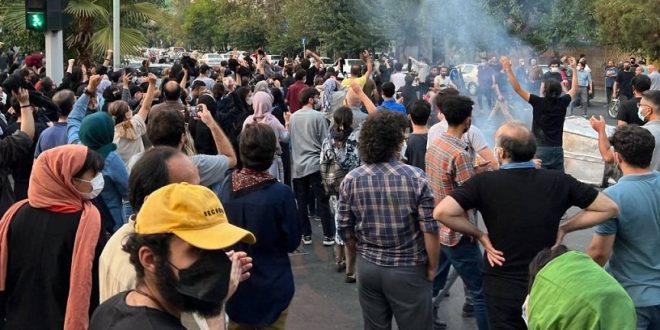 TEHRAN: Several Iranian government and state-affiliated media websites are down after a Twitter account linked to the “Anonymous” hacker collective claimed to have launched cyberattacks on them, aimed at supporting protests following the death of Mahsa Amini. 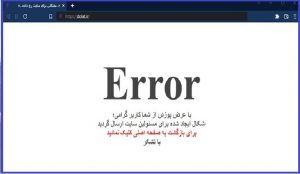 The 22-year-old woman from the northwestern province of Kurdistan died in Tehran on Friday after suffering from a stroke and several heart attacks while in the custody of Iran’s so-called morality police for her “improper” hijab, according to authorities and state media.

Iranian authorities have denied any allegations of mistreatment or beatings of Amini and said she had pre-existing conditions that contributed to her death, but her family has rejected the claims.

A video released early on Wednesday showed footage of protests in several Iranian cities that have erupted since Amini’s death.

“This was the last straw,” the altered voice on the video, which claimed to be from Anonymous, said of Amini’s death. “The Iranian people are not alone”.

It appears the two main websites of the Iranian government were the main target of the attacks. 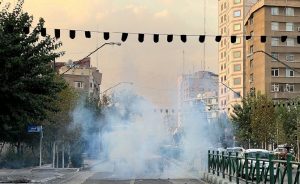 One is the “smart services” website of the government, where a host of online services is offered, and another is aimed at publishing government news and interviews with officials.

“All database has been deleted,” claimed a social media account believed to be affiliated with Anonymous. The Iranian government has yet to officially comment on the claims or the attacks.

Several other websites, including the webpage of Iranian state television, were also attacked and were down for some time.

The websites had gone down and been recovered several times on Wednesday morning, indicating a struggle between the hackers and website support.

At least three people have been killed in the protests so far, according to Esmail Zarei Kousha, the governor of Kurdistan. 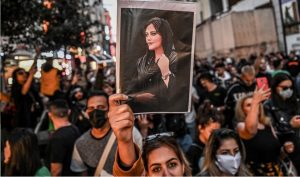 The official, however, said the deaths have been “suspicious” and appear to be an attempt by “anti-revolutionary” groups to fan the flames of unrest across the country.

Iranian state media also reported on Wednesday that protests over the death of Amini had spread to 15 cities in the country.

The young woman’s death has led to an outpouring of outrage in Iran and elsewhere, with videos showing women cutting their hair in protest over Iran’s laws on the veiling of women. (Int’l News Desk)