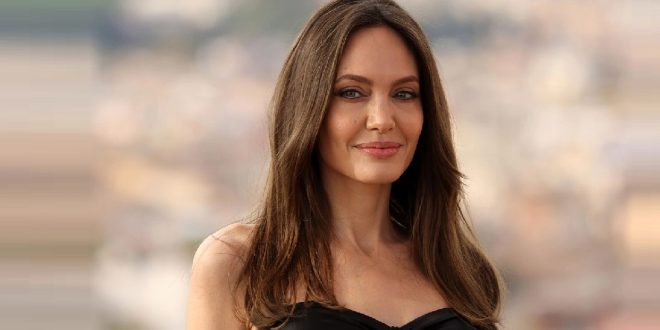 UNITED NATIONS: Oscar-winning US actress Angelina Jolie says she is stepping down from her role as an ambassador for the UN refugee agency UNHCR after more than 20 years.

“I believe in many things the UN does, particularly the lives it saves through emergency relief,” Jolie, 47, said and she added: “I will be working now with organizations led by people most directly affected by conflict that give the greatest voice to them.” 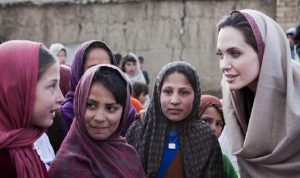 The UNHCR said she was one of the most influential refugee rights advocates.

In a post on her Instagram page, the Hollywood star wrote: “After over 20 years, I am stepping down today from my work with the UN refugee agency.

“Refugees are the people I admire most in the world and I am dedicated to working with them for the rest of my life.”

Jolie provided no details about the organizations she was planning to work with.

Meanwhile, the UNHCR said in a statement that Angelina Jolie would “engage on a broader set of humanitarian and human rights issues”.

In a statement, the refugee agency said “Jolie has worked tirelessly, carrying out more than 60 field missions to bear witness to stories of suffering as well as hope and resilience”.

Jolie, who starred in a number of blockbusters including Smith and Lara Croft: Tomb Raider – has worked with the UNHCR since 2001, becoming the agency’s special envoy in 2012. 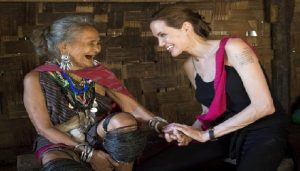 In recent months, she has met displaced people in the war-torn Ukraine, Yemen and also Burkina Faso.

The Hollywood movie star drew attention when she showed up in a café in Lviv, western Ukraine. Footage posted on social media shows her waving at onlookers and signing autographs for fans.

Jolie was in the country to meet the children affected by the war and visited hospitals and local organizations helping the injured and displaced.

After more than 20 years of dedicated and committed work with the UN Refugee Agency advocating for the rights and protection of forcibly displaced people around the world, Angelina Jolie is moving on from her role as UNHCR’s Special Envoy to engage on a broader set of humanitarian and human rights issues.

One of the most influential proponents of refugee rights, Ms. Jolie will continue to work to build a more equal, just and inclusive international system. At a time when the world is facing complex, multi-faceted, and interconnected 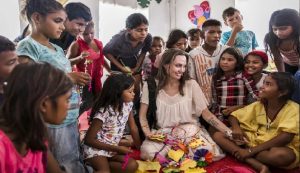 crises, she plans to engage with a wider range of actors on a broader set of humanitarian issues as well as work more directly with local organizations. Her portfolio will continue to include refugees and issues of forced displacement.

UNHCR has worked with Jolie since 2001, and in 2012, she was appointed Special Envoy. In this critical role, she has used her powerful voice to build awareness and support for refugees and to call for urgent action and solutions for people forced to flee. Over the past 21 years, Jolie has worked tirelessly, carrying out more than 60 field missions to bear witness to stories of suffering as well as hope and resilience. Most recently, she travelled with UNHCR to Yemen and Burkina Faso to meet displaced people enduring two of the most underfunded and under-reported emergencies in the world.

“Angelina Jolie has been an important humanitarian partner of UNHCR for very long. We are grateful for her decades of service, her commitment, and the difference she has made for refugees and people forced to flee. After a long and successful time with UNHCR, I appreciate her desire to shift her engagement and support her decision. (Int’l Monitoring Desk)