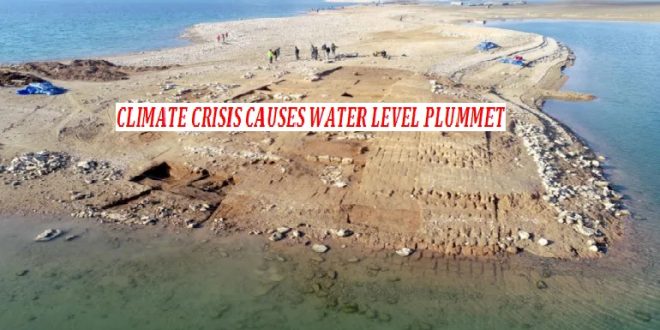 BAGHDAD: As the climate crisis causes water levels to plummet, riverbeds to dry and glaciers to melt, artefacts like old warships, an ancient city and human remains have emerged. This story is part of “Climate artefacts”, a miniseries telling the stories behind the people, places and objects that have been discovered due to drought and warming temperatures. 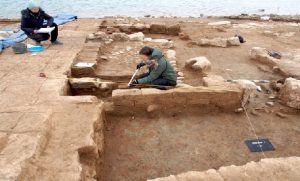 Around 3,800 years ago, traders in the ancient city of Zakhiku would wait for wooden beams, cut down from the forests in the mountains in the north and east of Mesopotamia spanning what is today Iraq, Kuwait and parts of Turkey, Iran and Syria to float down the Tigris River. Once the logs reached Zakhiku, they were collected and taken to storehouses.

From the same mountainous regions in what is present-day Turkey and Iran, merchants transporting metals and minerals such as gold, silver, tin and copper would travel by donkey or camel to Zakhiku. To protect against bandits, they would make the difficult journey as caravans of travellers. After selling their wares in Zakhiku, the merchants would cross the Tigris before continuing on to the borderlands.

Zakhiku was founded around 1,800 BC by the Old Babylonian Empire that ruled Mesopotamia between the 19th and 15th centuries BC. With only water and soil in the area, Zakhiku was established to take advantage of the traffic of caravans and a flourishing trade route in the Near East, which includes the present-day Middle East, Turkey and Egypt. 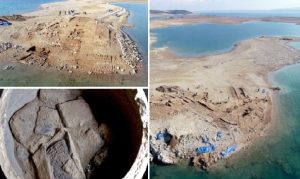 The trading post grew into an important commercial city in the region for about 600 years before it was hit by an earthquake and later abandoned.

Zakhiku disappeared altogether in the 1980s, when as part of the Mosul Dam project, built under the late Iraqi leader Saddam Hussein, it was flooded and submerged. Previously known as Saddam Dam, it is Iraq’s largest and most important water reservoir used for downstream irrigation.

Iraq is one of the countries most vulnerable to climate change, and its southern governorates, where temperatures surpass 50 degrees Celsius (122 Fahrenheit) in the summer, have faced severe drought since 2019, forcing farmers to abandon their dying crops. Last December, water was released from the dam to irrigate farmland.

As the water levels fell, Zakhiku emerged earlier this year in the Kurdish region of Iraq. A team of local and German archaeologists sprang into action to excavate the site, uncovering new details about the city following a brief initial excavation in 2018 that revealed a palace. 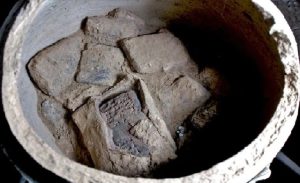 “With the recent excavation the local people have become aware of Zakhiku; they visit the site … it was broadcasted on the local television … and people start knowing their history (more deeply) and they’re proud of it,” says Peter Pfalzner of the University of Tübingen, Germany, an archaeologist working at the site, known as Kemune.

A city in a little-known empire

Around 1,500 BC, the Old Babylonian city of Zakhiku fell along with its empire as the Hittites, an Indo-European group of people from Anatolia, present-day Turkey, conquered Mesopotamia, but had no interest in setting up a new administration there.

As the Hittites returned to their northern lands, the Mittani Empire, native to northeast Syria, took over Zakhiku.

“That was the occasion the Mittani Empire had to fill this vacuum [left by the Hittites] to establish a very big and powerful empire,” says Pfalzner, who shared his excavation findings with media.

Few sites with layers or buildings that can be attributed to this empire have been discovered, and little is known 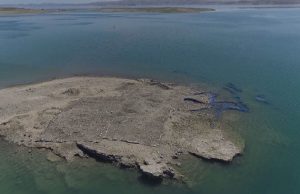 about the people who lived in Zakhiku or what the population was in its heyday but the city thrived under its second ruling empire.

The majority of the empire’s population were Hurrian like the people of northern Mesopotamia and settled in present-day Syria and northern Iraq, and spoke a language of the same name.

Infrastructure built during the Mittani reign and found by the archaeologists includes a palace for the local ruler, fortifications for the city to protect against any invading forces, and a massive public storehouse for trade goods and harvests all made from bricks molded from mud.

All of this seems to have been made possible by the good relations the local king had with the emperor. According to Pfalzner, Zakhiku was something of a vassal state for the larger empire, with the capital in modern northeast Syria.

The king’s palace was grander than the houses, boasting thicker walls, larger rooms and even pavements made of baked, not just dried, mud bricks sealed with bitumen formed from oil for waterproofing. 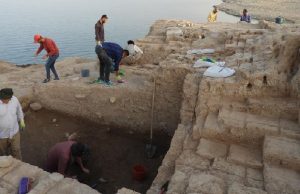 With so few remains from the Mittani Empire, including its capital, having been found to this day, the excavation cultivates new knowledge about Mittani culture. “Zakhiku is very important because it opens a great window on how a Mittani city looked like,” Pfalzner says.

A key feature of Zakhiku was the storehouse that boasted rooms up to 6m (20 feet) wide and 8m (26 feet) long and housed piles of wheat and barley as well as imported metal and wood.

Farmers would haul their season’s production to the storehouse where it would be noted by the state workers, according to Pfalzner.

The sheer size of the rooms for public harvests points to the city being active and well-populated.

Mesopotamia has long been known as the first place where wheat was domesticated about 10,000 years ago, and 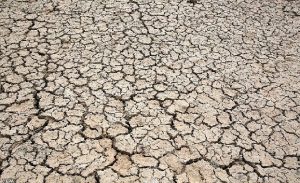 bread was the staple food for the people of Zakhiku, often eaten alongside big pots of vegetable soups and stews, according to Pfalzner.

Sheep, goats, cows and pigs were also kept by each household, providing a steady source of milk and also meat, reserved for special occasions.

The Hurrian language was unknown outside of the immediate region, and scribes employed for public functions across the state such as in city palaces or in the storehouses were educated in Akkadian, the most widespread language and lingua franca in the ancient Near East during the late Bronze period, which extended from 3,300 BC to 1,200 BC.

Using wet clay, says Pfalzner, craftspeople made 15cm by 15cm square tablets and while the material was still wet, scribes would carve notes about anything from a log about a newly stored harvest to a note destined for another kingdom before placing it in the sun to dry. 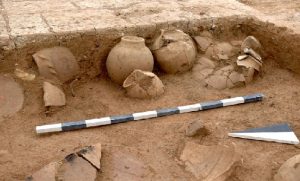 The Mittani city of Zakhiku came to a devastating end when an earthquake demolished it somewhere between 1,400 BC and 1,300 BC, according to Pfalzner, collapsing the walls around the residents.

With the buildings so heavily damaged, it was impossible to rebuild Zakhiku to its previous eminence, and if there were survivors, they abandoned it.

Around 1,300 BC, the Assyrians who are indigenous to Mesopotamia settled in the same city, building their houses amid the ruins, and using whatever structures were still standing from the Mittani period as outer, supporting walls.

“They created a new life in the city, that was … really nice to see how things start to grow again,” Pfalzner says.

Apart from those belonging to the Mittani period, excavated cuneiform tablets that date back to after the earthquake 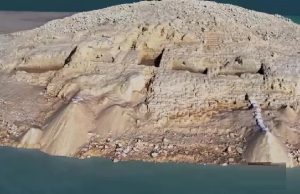 will hopefully tell archaeologists more about the city’s change in rule.

Zakhiku was abandoned by the Assyrians just 50 years after they arrived, between 1,270 BC and 1,250 BC. They decided to build their new provincial capital, Mardaman, 25km (15.5 miles) away in the plains of Mesopotamia, in modern-day Bassetki, a village in Dohuk governate.

The trade hub benefits Zakhiku brought to its inhabitants in the Tigris River Valley for around 600 years faded as the Assyrians who were very careful planners wanted to exploit the now-famous fertile soil of Mesopotamia.

The move to Bassetki was for economic and strategic reasons, according to Pfalzner, considering agricultural areas were smaller along the Tigris River compared to the fields in the plains which would yield greater economic profit.

In February, Pfalzner and the team of archaeologists halted the excavation as the dam waters rose again and Zakhiku disappeared underwater. 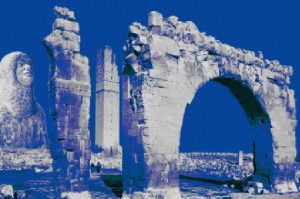 Dr Bekes Jamal Al Din, antiquities director at the Directorate of Antiquities and Heritage in Duhok, which is collaborating with the archaeologists, told media that the excavation indicates that this region was a powerful influence in the Mittani Empire. Still, he acknowledges that learning about this history comes at a cost to the country’s water needs.

“We do not hope that the water (in the Mosul Dam) will recede again due to the importance of the water to the region,” he says. “But if it does, we will certainly start excavations again, and the results will be beneficial for the history of the region.” (Int’l Monitoring Desk)