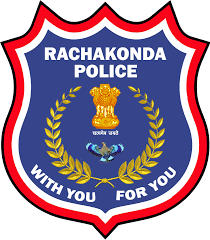 Hyderabad- 20.12.2021”In an effort to root out organized Human trafficking network in Rachakonda Commissionerate and to create sense of safety and security among the family system, College going students and youth not to fall in trafficking network, Sri Mahesh M. Bhagwat, I.P.S., Commissioner of Police, Rachakonda invoked PD Act against a habitual Inter-state human trafficking offender, who was indulging in organized prostitution in the limits of Kushaiguda and Jawaharnagar PS and detained her in Special Prison for Women, Chenchalguda on 20-12-2021.

The accused Smt. Emili Biswas @ Suchithra @ Sonali hailed from West Bengal State and came to Hyderabad in search of livelihood. In the beginning, he worked as a sweeper in local hospital. Later, in greedy of money she started running brothel houses in the limits of Jawaharnagar and Kushaiguda PS of Rachakonda Commissionerate.

On receipt of credible information in a joint operation, the team of Anti Human Trafficking Unit, Rachakonda and Kushaiguda Police raided the house at Nethaji Nagar on 30-09-2021 and arrested the accused. In this operation Police rescued one West Bengal origin Victim women and admitted her in a rescue home.

With a view to prevent her from indulging in human trafficking offences and to preserve Public Order & health, Preventive Detention orders are invoked against the Accused Smt. Emili Biswas @ Suchithra @ Sonali by Sri Mahesh M. Bhagwat, I.P.S.,Commissioner of Police, Rachakonda on 20-12-2021 and detained her in Special Prison for Women, Chanchalguda.  (PMI)