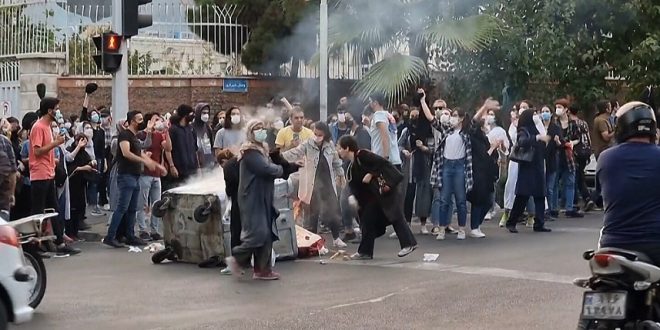 TEHRAN: Iranian President Ebrahim Raisi on Wednesday said that the death of a young woman in custody had “saddened” everyone in the Islamic Republic, but warned that “chaos” would not be accepted amid spreading violent protests over Mahsa Amini’s death. 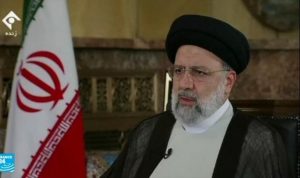 Amini’s death two weeks ago has sparked anti-government protests across Iran, with protesters often calling for the end of the Islamic clerical establishment’s more than four decades in power.

“We all are saddened by this tragic incident … (However) Chaos is unacceptable,” Raisi said in an interview with state TV, while protests continued around the country.

“The government’s red line is our people’s security … One cannot allow people to disturb the peace of society through riots.”

Despite a growing death toll and a fierce crackdown by security forces using tear gas, clubs, and in some cases, live ammunition, social media videos showed Iranians persisting with protests, chanting “Death to the dictator”.

Still, a collapse of the Islamic Republic seems remote in the near term since its leaders are determined not to show the kind of weakness they believe sealed the fate of the US-backed Shah in 1979, a senior Iranian official told media.

Angry demonstrations have spread to over 80 cities nationwide since the September 13 death of 22-year-old Amini, after she was arrested for “unsuitable attire” by the morality police who enforce the Islamic Republic’s strict dress code. 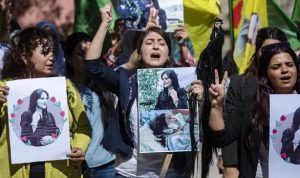 Amini, who was from the northwestern Kurdish city of Saqez, died in hospital after falling into a coma, sparking the first big show of dissent on Iran’s streets since authorities crushed protests against a rise in gasoline prices in 2019.

Raisi, who had ordered an investigation into Amini’s death, said “forensics will present report on her death in the coming days”.

Although Supreme Leader Ayatollah Ali Khamenei has yet to comment on the protests, a watchdog body called on the judiciary “to deal decisively with the main perpetrators and those responsible for killing and injuring innocent people and security forces.”

State media said 41 people, including members of the police and a pro-government militia, have died during the protests. Iranian human rights groups have reported a higher toll. 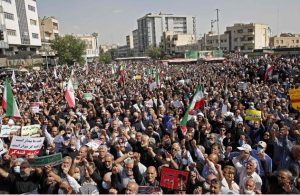 Dozens of Iranian celebrities, soccer players and artists inside and outside the country have backed the demonstrations. Iran’s hardline judiciary said it will press charges against them, according to state media.

“Whoever participated and ignited the chaos and riots will be held to account,” warned Raisi, while adding that “no one should be afraid to express their views”.

Iran’s elite Revolutionary Guards said on Wednesday they fired missiles and drones at militant targets in the Kurdish region of neighbouring northern Iraq, where an official said nine people were killed.

Iranian authorities have accused armed Iranian Kurdish dissidents of igniting the unrest, particularly in the northwest which is home to most of Iran’s more than 10 million Kurds. 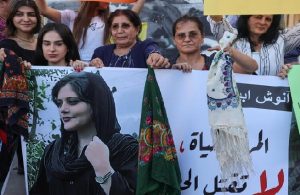 Early on Wednesday, a video showed protesters in Tehran chanting “Mullahs get lost!” “Death to the dictator!” and “Death to the leader (Khamenei) because of all these years of crime!”

Media could not verify the authenticity of videos on social media.

Rights groups have reported the arrest of hundreds of people, including human rights defenders, lawyers, civil society activists and at least 18 journalists.

Amini’s death has drawn widespread international condemnation. Iran has blamed Kurdish dissidents for the unrest as well as what it called “thugs” linked to “foreign enemies.”

Tehran has accused the United States and some European countries of using the unrest to try to destabilise the Islamic Republic. (Int’l Monitoring Desk)