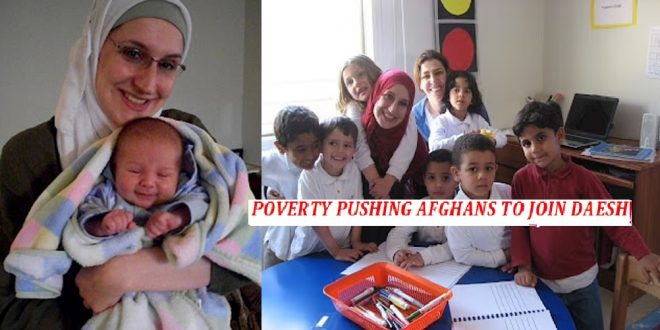 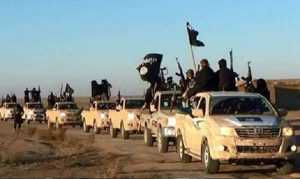 KANSAS/ KABUL/ KARACHI: An American woman has been arrested and charged with organizing and leading an all-female battalion of the Islamic State group.

Allison Fluke-Ekren, a mother who once lived in Kansas, allegedly trained women and children to use AK-47 assault rifles and suicide vests in Syria.

She is also suspected of recruiting operatives for a potential future attack on a US college campus.

Fluke-Ekren could face up to 20 years in prison if convicted.

Details of the complaint were given in an FBI affidavit from 2019, which was released on Saturday after she was returned to the US to face charges.

It alleges that in 2016 and all-female IS battalion, known as Khatiba Nusaybah, was set up in Raqqa, Syria. At the time, the city was the de facto capital of the Islamic State group.

The battalion was said to be comprised solely of female IS members who were married to male IS fighters. 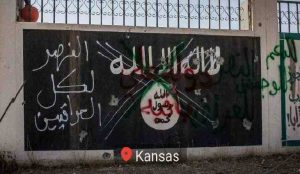 Fluke-Ekren is suspected of becoming the leader and organizer of the group soon after she joined it.

It is alleged that her main role was to teach women how to defend themselves against the enemies of IS. She is said to have succeeded in getting several IS women trained up in the use of AK-47 rifles, grenades and suicide belts.

She is also accused of teaching children to use assault weapons, and in the FBI affidavit a witness is quoted as saying that one of Fluke-Ekren’s sons was seen holding a machine gun. He was 5 or 6 years old at the time.

As well as her suspected role in Syria, Ms Fluke-Ekren is also accused of planning and recruiting operatives for an attack on a college campus in the US.

She also allegedly told a witness of her desire to carry out an attack on a shopping mall using explosives, and reportedly said that it would be a waste of resources if it did not kill a lot of people.

Fluke-Ekren is charged with providing and conspiring to provide material support or resources to a foreign terrorist organization and faces up to 20 years in prison if found guilty. 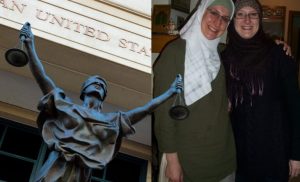 On the other hand, the terrorist group Daesh/ISIS-Khorasan (ISIS-K) is taking advantage of Afghanistan’s economic crisis by hiring poor people to boost its ranks in the war-torn country, according to both locals and analysts.

Despite the actions of the interim Taliban administration against ISIS-K terrorists in the capital Kabul and the eastern Nangarhar province, some ISIS-K terrorists have relocated to the remote, rugged mountainous terrain in the country’s eastern and northern regions.

Wahidi, a resident of the northeastern Kunar province bordering Pakistan, said the terrorist group is taking advantage of widespread poverty by offering cash aid to local unemployed people to join them.

“Daesh is offering 30,000 to 50,000 Afghanis (about $270-$450) a month to join them in the Kunar province,” Wahidi told Anadolu Agency, using an assumed real name to avoid reprisal from ISIS-K terrorists who may target him or his family but, he added, people have been hesitant to accept the offer because they’re afraid of facing a reaction from the Taliban. 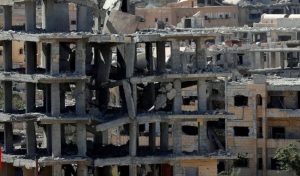 Due to the security situation in Afghanistan, many politicians, security analysts, former officials, and journalists avoid speaking publicly using their real names.

“People are cashless because banks only give us 10,000 Afghani (roughly $90) a week and $200 if we have a dollar account, despite the way food prices have skyrocketed, putting everyone in dire straits,” Wahidi said, adding that locals are being forced to sell off their household goods and cattle to buy food for their children.

“Now Daesh is trying to benefit from locals’ hardships,” he said.

According to analysts, the current situation, in which thousands of people have lost their jobs, businesses have collapsed, and people are unable to buy even bread, could provide an opportunity for ISIS-K and other terrorist groups to recruit people and strengthen their position.

Many donors and organizations, including the World Bank and the International Monetary Fund, have withheld payments since the Taliban swept into power on Aug. 15. The US government 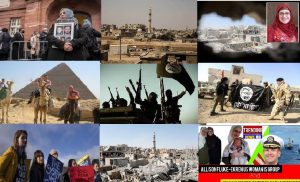 blocked over $9 billion of the central bank’s reserves soon after withdrawing its forces from Afghanistan on Aug. 31.

“There are a number of reasons why these reserves remain inaccessible,” she said, adding that the US does not want the funds to benefit the Taliban.

“There is no doubt that the US’ seizure of Afghanistan’s money has caused the economic crisis in the country, encouraging ISIS-K to exploit the situation and hire unemployed Afghans facing hunger and starvation,” according to a professor and geopolitical analyst at a private university in Kabul.

He added that the group is affiliated with Daesh/ISIS, which was once considered the world’s richest terrorist group.

“This is an alarming situation for the international community, and they must act quickly to help Afghanistan overcome its current economic crisis, or it could slide into a new conflict,” he said. 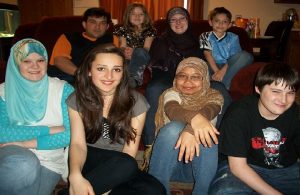 “Daesh is no longer a major threat in Afghanistan. It’s a small group that has already been dismantled in Kabul and Jalalabad,” Mujahid asserted, claiming that since August, over 670 terrorists have been apprehended and 25 hideouts destroyed.

ISIS-K has claimed responsibility for several recent attacks in the country, including an Aug. 26 suicide bombing outside Kabul airport which killed over 170 people and injured 200 others who were desperate to leave the country following the Taliban’s capture of the capital.

In October the group also carried out attacks on Shia mosques in the northern Kunduz and southern Kandahar provinces that killed nearly 100 people and wounded over 100 others.

In a report this July, the UN Security Council warned that the terror group has expanded to other provinces, including Nuristan, Badghis, Sar-e-Pul, Baghlan, Badakhshan, Kunduz, and Kabul, “where fighters have formed sleeper cells.” 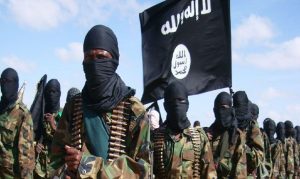 “In its efforts to resurge, ISIL-K has prioritized the recruitment and training of new supporters and to recruit fighters from the Syrian Arab Republic (Assad regime), Iraq, and other conflict zones,” said the Security Council report.

According to the UN, Daesh has a strength of some 500-1,500 militants in Afghanistan, with the Taliban claiming to have arrested 670 of them.

“The United States is committed to using its full set of counterterrorism tools to counter the threat posed by the … ISIS-K, as part of our relentless efforts to ensure Afghanistan cannot again become a platform for international terrorism,” said US Secretary of State Antony Blinken in a statement but Kabul-based geopolitical analysts, who are closely monitoring the situation, say the Taliban interim administration is capable of defeating ISIS-K, but that it needs international support.

“The Taliban have a strong fighter force, but the present economic reprisal has driven them into trouble,” a professor at a private university in Kabul told Anadolu Agency. 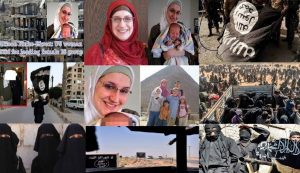 “This situation will encourage other international terrorist groups to strengthen their foothold in Afghanistan, as well as causing difficulties for neighboring countries,” he warned.

Under the Doha agreement, signed in February 2020 in Qatar, the Taliban agreed to prevent any international terrorist groups or individuals from using their country’s soil against the security of the US and its allies.

Ordinary Afghans, who have already suffered 20 years of conflict, are now concerned about the financial crisis and ISIS-K’s offer to locals to join the militant outfit.

“Our former President Hamid Karzai claimed that the US is behind Daesh, but we still don’t know who is creating these terrorist groups in our country and plotting to kill us,” Nabi Ahmadi, a Kabul resident, told Anadolu Agency.

He was referring to a 2017 Al Jazeera interview by Karzai in which he accused the US of collaborating with Daesh/ISIS. 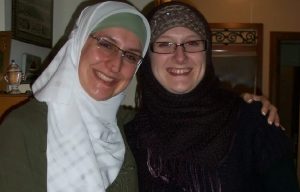 “In my view under the full presence, surveillance, military, political, intelligence, Daesh has emerged (in Afghanistan),” Karzai told the Qatar-based broadcaster.

“After over 40 years of conflict, we now ask that everyone leave us alone, do not kill us, and stop supporting terrorist organizations,” Ahmadi said, adding: “We need peace, not more war.”

Earlier this month, the UN High Commissioner for Refugees (UNHCR) also warned that as winter has arrived, people in Afghanistan are facing a food and shelter crisis.

“Nearly 23 million people, or 55% of the population, are facing extreme levels of hunger nearly 9 million of whom are at risk of famine,” said UNHCR spokesman Babar Baloch at the launch of a global fundraising winter campaign for displaced families in Afghanistan.

The Organization of Islamic Cooperation (OIC) member states’ foreign ministers will meet in Pakistan’s capital, Islamabad, later this week to discuss the growing humanitarian and economic crises in Afghanistan.

The Muslim bloc has also invited delegates from the US, UK, EU, China, Russia, France, and other international organizations to its extraordinary session.