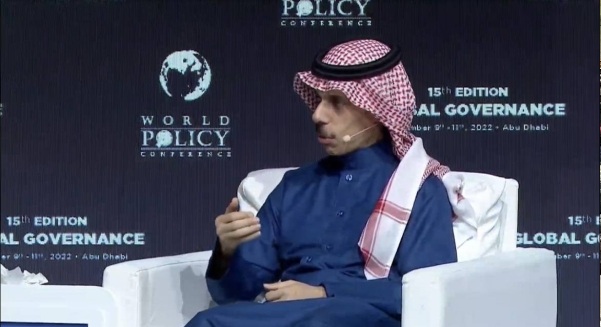 “All bets off” if Iran gets nuclear weapon: Saudi FM

RIYADH: Saudi Arabia’s foreign minister said Sunday that Iran’s Gulf Arab neighbors would act to shore up their security if Tehran were to obtain nuclear weapons. 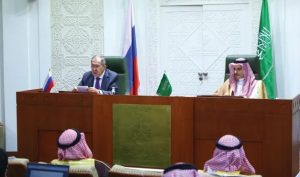 Indirect US-Iranian talks to salvage a 2015 nuclear pact between global powers and Iran, which Washington exited in 2018, stalled in September. The UN nuclear chief has voiced concern over a recent announcement by Tehran that it was boosting enrichment capacity.

“If Iran gets an operational nuclear weapon, all bets are off,” Prince Faisal bin Farhan Al Saud said in an on-stage interview at the World Policy Conference in Abu Dhabi when asked about such a scenario.

“We are in a very dangerous space in the region…you can expect that regional states will certainly look towards how they can ensure their own security.”

The nuclear talks have stalled with Western powers accusing Iran of raising unreasonable demands, and focus shifting to the Russia-Ukraine war as well as domestic unrest in Iran over the death in custody of 22-year-old Mahsa Amini.

Though Riyadh remained “sceptical” about the Iran nuclear deal, Prince Faisal said it supported efforts to revive the pact “on condition that it be a starting point, not an end point” for a stronger deal with Tehran.

Sunni-ruled Gulf Arab states have pressed for a stronger agreement that addresses their concerns about Shi’ite Iran’s missiles and drones program and network of regional proxies. 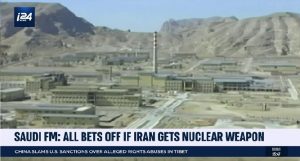 “We hear from the Iranians that they have no interest in a nuclear weapons program, it would be very comforting to be able to believe that. We need more assurance on that level.”

Iran says its nuclear technology is solely for civil purposes.

A senior Emirati official said Saturday that there was an opportunity to revisit “the whole concept” of the nuclear pact given the current spotlight on Tehran’s weapons with Western states accusing Russia of using Iranian drones to attack targets in Ukraine. Iran and Russia deny the charges

Earlier, The United States on Wednesday said that reviving the 2015 Iran nuclear deal is “not our focus right now,” saying Tehran had shown little interest in reviving the pact and that Washington was concentrating on how to support Iranian protesters.

Asked if the United States was interested in pursuing talks to revive the pact under which Iran curbed its nuclear program in return for economic sanctions relief, US State Department spokesman Ned Price replied “that’s not our focus right now. 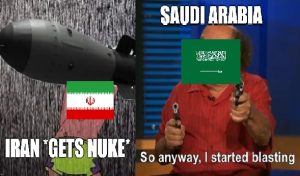 “It is very clear and the Iranians have made very clear that this is not a deal that they have been prepared to make. The deal certainly does not appear imminent,” Price told a briefing.

“Nothing we’ve heard in recent weeks suggests they have changed their position. And so right now our focus … is on the remarkable bravery and courage that the Iranian people are exhibiting through their peaceful demonstrations,” he said.

“Our focus right now is on shining a spotlight on what they’re doing and supporting them in the ways we can,” he said, referring to anti-government protests ignited by the Sept. 16 death of 22-year-old Mahsa Amini while in the custody of Iran’s morality police.