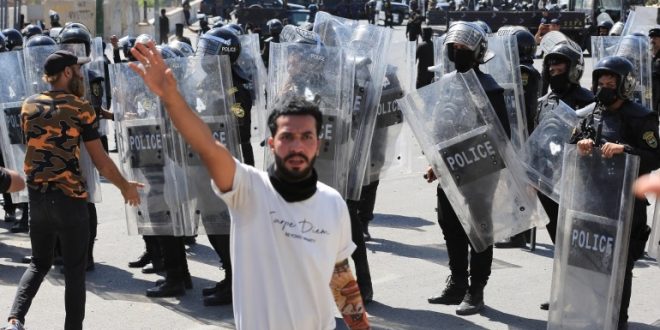 BAGHDAD: Supporters of Iraq’s influential Shia religious leader Muqtada al-Sadr have attempted to storm Baghdad’s Green Zone government area as the Iraqi parliament holds a session on the resignation of its speaker.

Sadr supporters attempted to advance past security forces guarding the parliament on Wednesday, before being confronted by riot police. 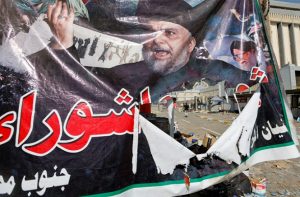 Iraqi state media also reported in the afternoon that three Katyusha rockets had fallen on the Green Zone.

Media reporting from the area earlier, said that the protesters threw stones at security forces, and added that they were trying to make their way to the parliament.

“The speaker of the parliament is leaving the alliance with Muqtada al-Sadr and joining the rival alliance. People here are trying to prevent the parliament session from convening,” he said.

“Supporters of Muqtada al-Sadr feel betrayed right now because the rivals…..are trying to form a new coalition,” he also said. “A new prime minister will be named and this is what they do not want.”

Footage showed intense clashes between the protesters and security forces as well as a few lightly wounded demonstrators.

The confrontation between the security forces and al-Sadr’s supporters comes almost a month after fighting broke out between militias supporting al-Sadr and others supporting his Shia rivals on August 30. More than 30 people 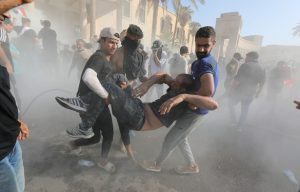 died in the worst violence Baghdad had seen for years, before al-Sadr ordered his supporters to withdraw.

Al-Sadr’s bloc won the most votes in the parliamentary elections last October but he was unable to form a majority government. He then ordered his bloc to resign en masse from parliament, which they duly did in June.

With ensuing rallies, clashes with security forces, counter-rallies and a sit-in outside parliament, the government formation process has stalled.

Al-Sadr has now been calling for the dissolution of parliament and early elections and has been in a power struggle with his Iran-backed rivals since the vote. (Int’l News Desk)

Share
Previous TELANGANA HIGH COURT DECLINED TO PASS ANY FAVOURABLE ORDER TO THE SELF-STYLED INDIVIDUALS PROCLAIMIG TO BE OFFICE BEARERS OF MARKAZI ANJUMAN MATAMI GROUHAAN LED BY MUJTABA MOOSVI
Next World should engage with Taliban: Pakistan