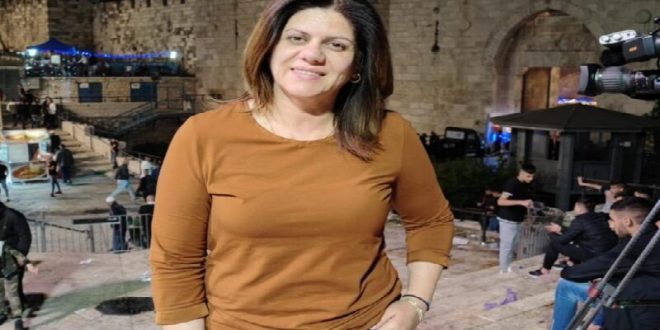 Al Jazeera journalist likely shot by Israel but not intentionally: US

WASHINGTON: The United States concluded Monday that Al Jazeera journalist Shireen Abu Akleh was likely killed by Israeli gunfire and urged accountability, but said there was no reason to believe she was shot intentionally. 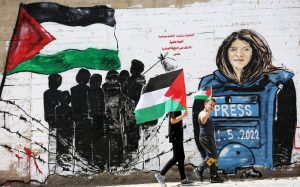 Dashing hopes for a result that would be accepted by all sides, the United States said it could not make a “definitive conclusion” on the origin of the bullet that killed the journalist on May 11.

“Ballistic experts determined the bullet was badly damaged, which prevented a clear conclusion,” State Department spokesman Ned Price said in a statement after what he called an “extremely detailed forensic analysis” of the bullet reluctantly handed over by the Palestinian Authority.

Abu Akleh, who held US citizenship and was one of the best-known Palestinian journalists, was fatally shot as she covered an Israeli army operation in Jenin in the occupied West Bank despite wearing a vest that said “Press.”

Her death provoked a furore, with the Palestinian Authority alleging she was shot intentionally in what amounted to a war crime charges angrily denied by Israel, a close US ally that President Joe Biden is visiting in two weeks.

The US Security Coordinator (USSC), which directs security assistance to the Palestinian Authority in coordination with Israel, said that both sides granted full access to their own probes over the past several weeks. 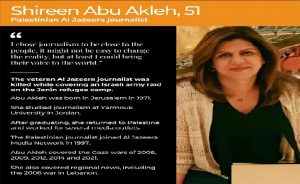 “By summarizing both investigations, the USSC concluded that gunfire from IDF positions was likely responsible for the death of Shireen Abu Akleh,” the State Department said, referring to the Israeli Defence Forces.

“The USSC found no reason to believe that this was intentional but rather the result of tragic circumstances during an IDF-led military operation against factions of [Palestinian resistance groups],” it said.

“We will remain engaged with Israel and the PA on the next steps and urge accountability. We again offer our deepest condolences to the Abu Akleh family,” said the rare July 4 statement.

Abu Akleh’s family said in a statement it was “incredulous” that the examination could not determine whose gun fired the bullet that killed her.

“We will continue to advocate for justice for Shireen, and to hold the Israeli military and government accountable, no matter the attempts to obfuscate the reality of what happened on May 11,” it said. 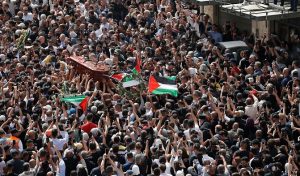 Senior Palestinian Authority official Hussein Al-Sheikh condemned efforts to “conceal the truth” over Abu Akleh’s death, writing on Twitter that there should not be “shy references in pointing the finger of accusation to Israel.”

The Palestinian Authority’s attorney general, Akram Al-Khatib, told AFP on Saturday that the bullet was handed over to US forensic experts and not Israel on the condition that there would be no modifications and that it would be returned but an Israeli army statement said that Israeli experts examined the bullet at a laboratory in the Jewish state while the State Department said the process involved “independent, third-party examiners.”

Israeli Defence Minister Benny Gantz said Monday that it remained impossible to determine the source of the shooting “and, as such, the investigation will continue.”

Further inflaming tensions after Abu Akleh’s death, baton-wielding Israeli police descended on mourners during her funeral and grabbed Palestinian flags, with the pallbearers struggling not to drop her casket leading US Secretary of State Antony Blinken to condemn Israel’s use of force. 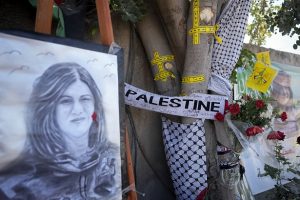 Several media outlets have also pointed to Israel in the killing, with a CNN report saying she appeared to have been targeted by Israeli forces.

A New York Times investigation found that the bullet was fired from near the location of an Israeli military convoy, likely by a soldier from an elite unit and that there were no armed Palestinians in the area but the newspaper also did not ascertain whether the shooter targeted her personally.

Israeli leaders have insisted that they would never target a journalist. Israel initially said she could have been killed by Palestinian gunfire but later backtracked and promised an investigation. (Int’l Monitoring Desk)