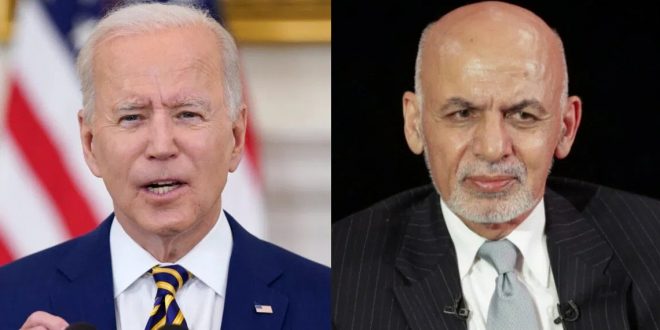 KABUL/ ISLAMABAD/ WASHINGTON: US President Joe Biden will meet Afghan President Ashraf Ghani and the chairman of Afghanistan’s High Council for National Reconciliation Abdullah Abdullah at the White House on Friday to discuss the US troop withdrawal amid a surge in fighting between Afghan forces and the Taliban across the country.

In their first face-to-face meeting, Biden will seek to reassure Ghani and Abdullah of US support for the Afghan people including diplomatic, economic and humanitarian assistance, the White House said in a statement on Sunday. Biden will also repeat his pledge to ensure that the country never becomes a safe haven for armed groups.

“The visit by President Ghani and Dr Abdullah will highlight the enduring partnership between the United States and Afghanistan as the military drawdown continues,” the White House said.

Since Biden’s decision in April to pull out all US troops before September 11 to end America’s longest war after nearly 20 years of conflict, the Taliban have fought daily battles with government forces and claim to have captured 40 districts.

The group has staged a campaign to expand its influence across the country as the US began withdrawing troops on May 1 and closed some bases and handed them over to the Afghan government. 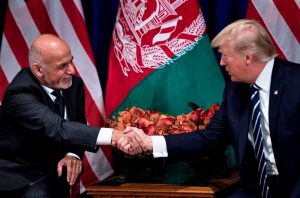 The Taliban said the visit would be “useless”.

“They (Ghani and Abdullah) will talk with the US officials for preservation of their power and personal interest,” Taliban spokesman Zabihullah Mujahid said. “It won’t benefit Afghanistan.”

There was no immediate reaction from Ghani’s office but a senior Afghan official said the Afghan president would be seeking assurances from the US over its continued support for Afghan security forces in the aftermath of the withdrawal.

The visit would also come in the face of slow progress in talks between the Taliban and Afghan government representatives in Qatar.

Officials have raised concerns over the stalling negotiations and have said the Taliban has not yet submitted a written peace proposal that could be used as a starting point for substantive talks.

In May, US intelligence analysts released an assessment that the Taliban “would roll back much” of the progress made in Afghan women’s rights if the group regained national power.

The Taliban said on Sunday it would remain committed to peace talks but insisted a “genuine Islamic system” in Afghanistan was the only way to end the war and ensure rights including for women.

“A genuine Islamic system is the best mean for solution of all issues of the Afghans,” Taliban co-founder and deputy leader Mullah Abdul Ghani Baradar said.

US to expedite visas

Afghans who worked for the United States during the two-decade deployment of US-led NATO troops fear armed groups will target them and their families as retribution for helping foreign forces.

The Biden administration says it is adding staff to expedite the visa process for Afghans. Refugee advocates and some members of Congress, however, say the effort falls short of their expectations.