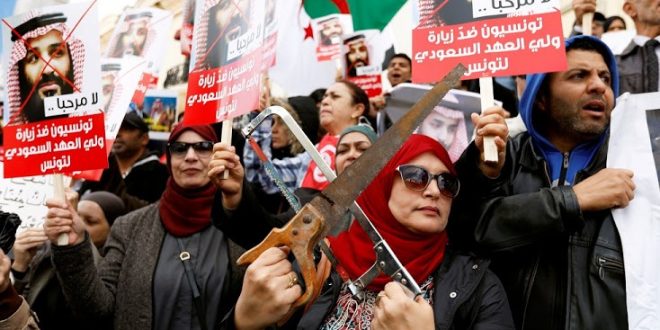 WILLINGTON/CHRISTCHURCH: The House of Saud known as Aal-e-Saud, the ruling Royal Family of Kingdom of Saudi Arabia (KSA) has never condemned any “white terrorism” nor allowed to react or protest its nation against any non-Islamic country even issued any formal official statement against Israeli barbarism in Palestine, injustices in Kashmir, organized genocide of Muslims in Myanmar (Burma) and other countries, target killing of Shias in Syria, Iraq, Pakistan, Bahrain or Yemen.

Dozens of victims, their family members, friends and dear ones of white terrorist attack on New Zealand’s Christchurch mosques on March 15, expressed these vies during an informal conversation with PMI during a gathering in Hagley Park across from the Al-Noor mosque, a week after a lone gunman entered and shot worshipers in the deadliest  attack in the country’s history.

Noorin Usman, a Saudi Arab-born New Zealand citizen works as human right activist has claimed that neither none of one of Aal-e-Saud fated any of inhuman Israeli act against innocent Palestinians nor dispraised against any attack on Muslims all over the world since they become the rulers of KSA. She further stated that most of the rulers of KSA themselves have been involved in murdering and killing of Muslims not only in their own country but also in those countries where Shia Muslims live either in minority or majority.

Another Saudi citizen Dr Tawab Ibrahimi said that after the Christchurch terrorist attack the real face of Saudi rulers have clearly exposed in-front of Muslim world because they do not have the courage to condemn the said incident because the attacker was a Whiteman and the incident declared as white terror attack globally, he also said that the Saudi rulers never condemned any terrorism against Muslims particularly they never want to create any conflict with Eastern World.

Mohammad Zakrani told that when the whole security of KSA is under the US army commandos and over half of country’s system runs through Jewish administration then how is it possible for Saudi rulers to speak out against them.

A Christian New Zealander historian stated that the rulers of KSA have already been sold the dignity, respect and ego of whole Muslim Ummah to Israel and USA and for the recovery and restoration of Muslims poise, all Saudi rulers must be sacked and a new Islamic democratic government must be elected by the people of KSA which can tackle all the matters of country as well as Muslim world.