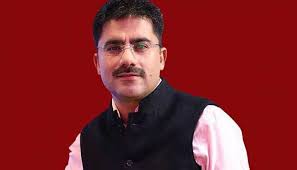 Hyderabad April 30 (PMI): The popular television Anchor and executive editor of Aajtak News channel Rohit Sardana dies due to cardiac arrest who was admitted in private hospital after being tested positive for coronavirus, sources said. He used to conduct debate show “DANGAL” daily at 5 PM on Aajtak TV Channel and prior to Aajtak he worked with Zee News. Editor-in-Chief of Zee News Sudhir Chaudhary and Aajtak News informed about his untimely demise through tweets. Different journalists, news groups and politicians expressed their condolence on the demise of Rohit Sardana.

Syed Najaf Ali Shoukat (Senior Journalist) President of Markazi Anjuman Matami Gurohaan Hyderabad T. S said that near and dear ones of the diseased person naturally express their grief but the Shia Community cannot forget what Late Rohit Sardana had done in the past which has hurt the sentiments of the whole Muslim community and particularly Shia Muslims across the Globe. He had used derogatory words in respect of the daughter of Prophet Mohammeds.a.w.s Lady Fatemat-uz-Zehrasa. . Mr Shoukat further said the sudden demise of Sardana is also a lesson for those who put their efforts in dividing communities or sects by irresponsible journalism and has advised media fraternity to refrain themselves from such acts and to work towards brotherhood and harmony between various communities by fair journalism. (Press Media of India).