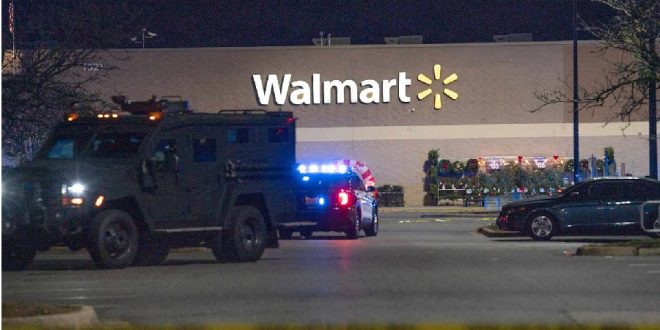 VIRGINIA: A Walmart employee killed six people and wounded several others before fatally shooting himself at a store in Chesapeake, Virginia, on Tuesday night, authorities said, 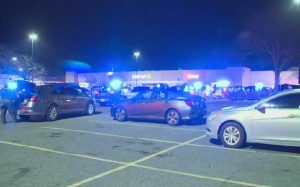 “Chesapeake Police confirm 7 fatalities, including the shooter, from last night’s shooting at Walmart on Sam’s Circle,” the city wrote on its Twitter account.

The attacker, who has not been identified, died from a self-inflicted gunshot wound, Chesapeake Police Chief Mark Solesky said at a news conference on Wednesday.

In addition to the six people confirmed shot dead, four others were being treated at hospitals, Solesky said. He could not confirm whether the victims were all employees.

The shooter used a pistol and was an employee of the Walmart where the shooting took place, Solesky said. He declined to identify him because his family had not been notified.

At about 10:12pm local time on Tuesday (03:12 GMT on Wednesday), Chesapeake police had responded to reports of a shooting at the Walmart.

A witness to the shooting, Briana Tyler, said that workers had gathered in the store’s break room as they typically did in advance of their shifts. 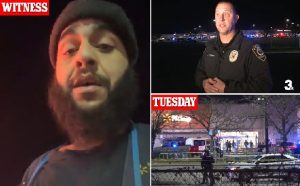 “I looked up, and my manager just opened the door and he just opened fire,” she told ABC’s, Good Morning America, adding that “multiple people” dropped to the floor.

“I am devastated by the senseless act of violence that took place late last night in our city,” Mayor Rick W West said in a statement posted on the city’s Twitter account on Wednesday. “Chesapeake is a tightknit community and we are all shaken by this news.”

The largest retailer in the country, Walmart wrote early on Wednesday that it was “shocked at this tragic event”.

“We’re praying for those impacted, the community and our associates”.

The attack at the Walmart came three days after a person opened fire at a gay nightclub in Colorado, killing five people and wounding 17. Earlier in the year, the country was shaken by the deaths of 21 when a gunman stormed an elementary school in Uvalde, Texas. (Int’l News Desk)

Share
Previous One dead, 14 injured in two explosions in Jerusalem
Next Political Parties making all out efforts to woo voters for upcoming Gujarat Assembly Elections