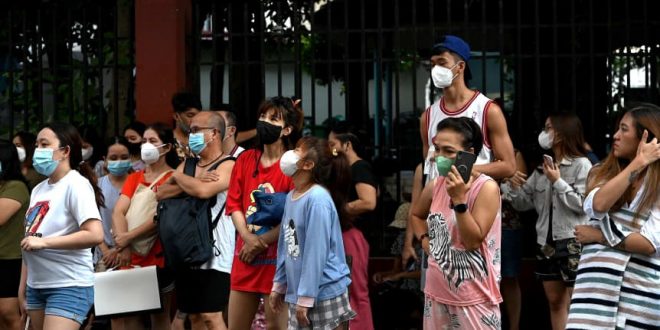 MANILA: A powerful 7.1 magnitude earthquake struck the Philippine island of Luzon on Wednesday, the U.S. Geological Survey said, with strong tremors felt in many areas including in the capital Manila. 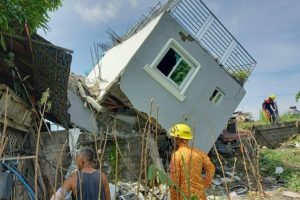 There were no immediate reports of damage or injuries from the quake which occured at a shallow depth of 10 km (6 miles).

USGS said the earthquake’s epicentre was about 11 km (six miles) east-southeast of the town of Dolores in Abra province.

Eric Singson, a congressman in the northern Ilocos Sur province, told DZMM radio station the quake had been felt strongly.

“The earthquake lasted 30 seconds or more. I thought my house would fall,” said Singson.

“Now, we are trying to reach people…. Right now there are aftershocks so we are outside our home,” he added.

The quake was also felt strongly in Manila and the city’s metro rail systems had been halted at rush hour after the quake, the transport ministry said.

The senate building in the capital was also evacuated, media reported. 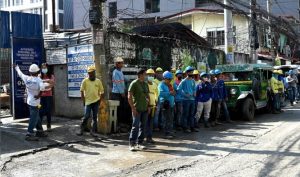 Renato Solidum, director of the state seismology agency, told DZMM radio station, that the quake could have caused damage in Abra where Dolores is located, but did not see damage in Manila.

“In the capital region it was not destructive. I think it does not have an effect on structures but good to inspect vital facilities like the MRT.”

Two people were killed in Benguet province, one in Abra province, and one more in another province, Interior Secretary Benjamin Abalos told a news conference. Sixty people were injured, he said.

The quake struck about 11 km (six miles) southeast of the town of Dolores at a shallow depth of 10 km (6 miles), according to US Geological Survey data.

“Despite the sad reports about the damages caused by the earthquake, we are assuring quick response to those in need and affected by this calamity,” President Ferdinand Marcos Jr said on Facebook. (Int’l Monitoring Desk)