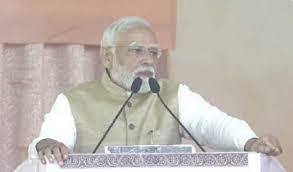 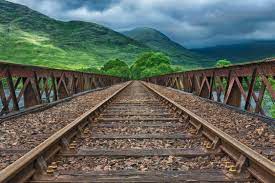 Hyderabad, Nov.11 (PMI): Prime Minister Narendra Modi  will dedicate the Bhadrachalam Road – Sattupalli new railway line to the Nation via video link from a function to be held at Ramagundam on Saturday.

Apart from this, the Prime Minister will also inaugurate and dedicate several other key infrastructural projects to the Nation during his visit.

The new line project will play a key role in revitalising the Rail infrastructure in Telangana and will immensely boost the industrial sector development.

The Bhadrachalam Road – Sattupalli new Railway line stretching for a distance of 54.10 kms has been constructed at an estimated cost of Rs. 990 crores and has been completed in a record time of less than 4 years.

The project has been given major thrust by the Centre by including it among the 14 most important coal evacuation projects in the country, leading to its constant monitoring and timely completion.

The project will bring new and unconnected areas in Telangana onto the railway map for the first time and aid in the socio-economic development of the region. It will also facilitate in the transportation of the coal from the nearby open cast coal mines to different power houses not only in Telangana but also to different units spread across the nation.

Moreover, the new railway line will provide a safe, fast and economic mode of transportation for the people and industry, while also promoting environmental friendly means of moving coal from the region.