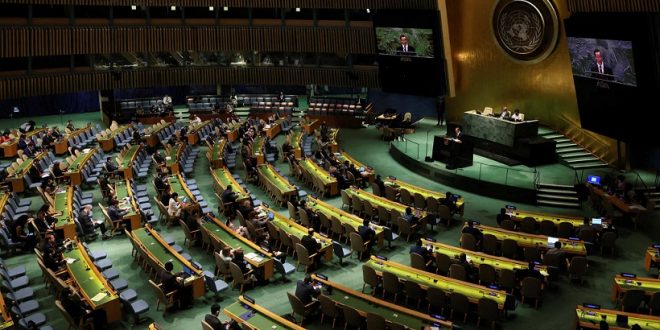 UNITED NATIONS/ BEIJING/ MOSCOW: China and Russia have accused the United States of stoking tensions on the Korean Peninsula during a landmark meeting held to explain their decisions to veto new global sanctions over Pyongyang’s renewed ballistic missile launches. 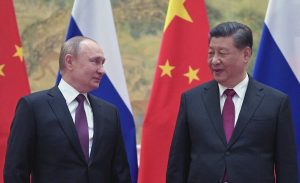 Zhang Jun, China’s ambassador to the United Nations, told the General Assembly on Wednesday that tension on the peninsula has “developed to what it is today, primarily due to the flip flop of US policies”.

He pushed Washington to take action and made a plea for the sanctions to be lifted.

“There are many things that the US can do, such as easing sanctions on [North Korea] in certain areas, and ending joint military exercises [with South Korea]. The key is to take actions, not just talk about its readiness for dialogue with no preconditions,” said Zhang.

Moscow’s deputy ambassador to the UN, Anna Evstigneeva, also called for sanctions to be lifted.

The Wednesday session of the 193-member UN General Assembly was the first at which permanent members of the Security Council had to explain their use of the veto, a step required under a resolution adopted by the global body on April 26. 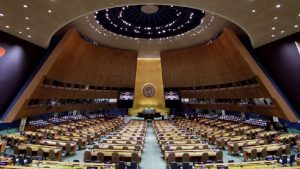 China and Russia’s vetoes on North Korea last month publicly split the UN Security Council for the first time since it started punishing Pyongyang with sanctions in 2006.

Speaking for the US, Deputy Ambassador Jeffrey DeLaurentis dismissed China and Russia’s accusations and questioned whether Beijing and Moscow had elevated their “no limits” strategic partnership above global security by vetoing North Korea sanctions.

“We hope these vetoes are not a reflection of that partnership,” said DeLaurentis, addressing the assembly after China and Russia.

“Their explanations for exercising the veto were insufficient, not credible and not convincing. The vetoes were not deployed to serve our collective safety and security.”

He added that the current sanctions and proposals for new measures are in direct response to North Korea’s actions and said the US repeatedly tried to restart talks, sending public and private messages, but had not received a response. 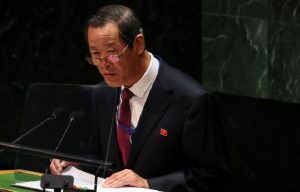 “China’s vote against the US-tabled draft resolution was entirely reasonable and justified,” Wu said. “Continuing to increase the sanctions against DPRK would only make the likelihood of political solution even more remote,” he said, referring to North Korea by an acronym of its official name.

North Korea has carried out dozens of ballistic missile launches this year, including intercontinental missiles commonly known as ICBMs, after breaking a moratorium on tests that it self-imposed in 2018 after leader Kim Jong Un first met then-US President Donald Trump.

South Korean President Yoon Suk-yeol, who took office on May 10, has agreed with US President Joe Biden at a summit last month to increase their joint military drills to deter North Korea. The South Korean and US militaries have since matched every North Korean test with shows of force they say are aimed at displaying their ability and readiness to respond to any North Korean provocations. 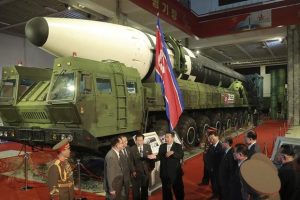 The two countries have also warned that North Korea is preparing to conduct a seventh nuclear test, with the US saying it will again push for UN sanctions if it takes place.

North Korea defended its development of ballistic missiles and nuclear weapons as protection against “direct threats” from the US, a claim that Washington denies.

Pyongyang’s ambassador, Kim Song, stressed that articles of the UN Charter “clearly stipulate that every state has inherent rights of individual or collective self-defence”.

“The measures that the DPRK is taking for bolstering national defence capabilities are an inevitable choice to cope with the hostile threats of the US within the scope of self-defence rights,” he said. (Int’l News Desk)