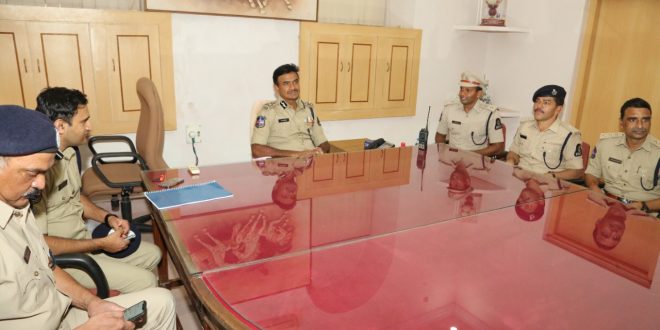 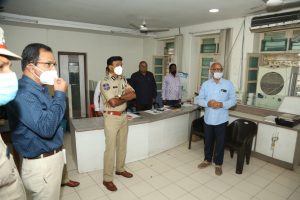 Hyderabad;(Najaf ali shoukat- PMI) Sri. CV Anand IPS Commissioner of Police, Hyderabad City. conducted a surprise inspection in the office of the old Commissioner of Police – Purani Haveli in South Zone. After taking charge as the Hyderabad City Police Commissioner last month, Sri CV Anand conducted a surprise inspection of the Panjagutta Model Police Station. Similarly, the CP Hyderabad inspected the DCP South Zone, Task Force, and Special Branch offices in the old Police Commissioner’s office for about 2 hours today. The Complaints received from visitors, such as the command and control center, help desk, and parking were examined.
Later, Commissioner of Police Sri CV Anand said that the offices were inspected today to find out the functioning of the police offices in Purani Haveli. Similarly, the prayers at the Mecca Mosque were also observed during the Friday prayer. He 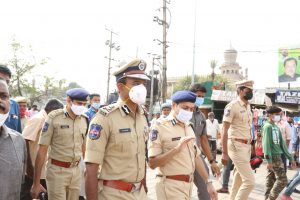 said the special Branch here was working well. The commissioner’s office is a Heritage building so there are a lot of repairs. “We will take appropriate steps to ensure that this heritage building is not lost under any circumstances. It has been directed to the concerned authorities,” he said. In the South Zone, many complaints came from the public against Rowdies. Therefore, we discussed with the officers for action against them. Soon there will be actions against Rowdies with the cooperation of the people. And we discussed traffic issues in the old city. Sri. Gajarao Bhupal, IPS DCP South Zone, Sri Gummi Chakravarty, DCP Task Force, Sri. Syed Rafiq, Additional DCP South Zone, Sri. A. Muthyam Reddy, Mr. K. Govardan Reddy, Additional DCP Special Branch, Sri Ramulu Naik, Additional DCP Traffic, and other officials were present.(Press media of india)