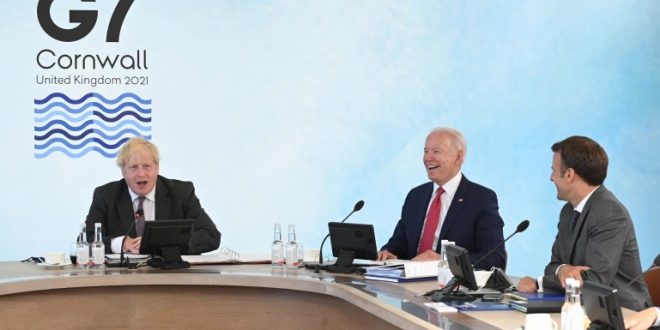 LONDON: The Group of Seven (G7) nations have unveiled a significant infrastructure initiative for lower-income countries in a bid to counter China’s multi-trillion-dollar Belt and Road Initiative, dubbed the “New Silk Road”.

Promising to “collectively catalyse” hundreds of billions in infrastructure investments for low- and middle-income countries, the G7 leaders said on Saturday that they would offer a “values-driven, high-standard and transparent” partnership.

The announcement was made as the leaders of the G7 countries, the United States, Canada, United Kingdom, Germany, Italy, France and Japan gathered at the seaside resort of Carbis Bay in southwestern England.

Their “Build Back Better World” (B3W) project, championed by US President Joe Biden’s administration, is aimed squarely at competing with the Belt and Road initiative, which has been widely criticized for saddling small countries with unmanageable debt.

The White House said in a statement that the initiative aims to “help narrow the $40+ trillion infrastructure need in the developing world, which has been exacerbated by the COVID-19 pandemic”.

“This is not just about confronting or taking on China,” a senior US official said. “This is about providing an affirmative, positive alternative vision for the world.” 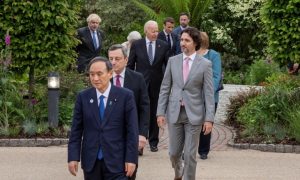 German Chancellor Angela Merkel, whose nation has huge investments in China, called it an “important initiative” that was much needed in Africa.

“We can’t sit back and say that China will do it but it’s the G7’s ambition to have a positive agenda for a number of countries in the world which are still lagging behind … I welcome it,” she said.

Reporting from the summit, a senior journalist James Bays said the B3W project was something US officials have been pushing for and “clearly they’ve got backing” from other G7 leaders.

“They say that it (B3W) will be fitting international environmental and labor standards, unlike the Belt and Road Initiative,” said Bays, who noted however that while it was an ambitious idea, it had come about “very late”.

“The Belt and Road Initiative has existed for eight years; it’s very well developed, it’s there in practice. While this right now is just a dream,” he said.

Bays added that financing for the B3W project remains a big question mark, as “US officials briefing reporters said they estimated there was a $14-trillion infrastructure gap … between now and 2035.”

Ryan Patel, a senior fellow at Drucker School of Management at Claremont Graduate University, told media that it will take time for the G7 nations to establish the B3W project, “but I think they can provide a competitive alternative” to China’s Belt and Road Initiative.

Patel said both China and the G7 countries are hoping to diversify their trade partners, especially in light of a coronavirus-related economic downturn. “What China is doing, as well as [what] the other G7 countries are doing, they’re trying to be more independent,” he said. 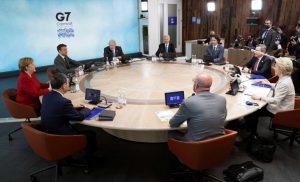 While the G7 agreed to work towards competing against China, there was less unity on how adversarial a public position the group should take.

Canada, the United Kingdom and France largely endorsed Biden’s position, while Germany, Italy and the European Union showed more hesitancy during Saturday’s first session of the summit, according to a senior Biden administration official, who spoke on condition of anonymity.

White House officials have said Biden wants the leaders of the G7 nations to speak in a single voice against forced labour practices targeting China’s Uighur Muslims and other ethnic minorities.

An estimated one million people, most of them Uighurs, have been confined in so-called re-education camps in China’s western Xinjiang region in recent years, according to researchers.

Biden hopes the denunciation will be part of a joint statement to be released on Sunday when the summit ends, but some European allies are reluctant to split so forcefully with Beijing. (Int’l News Desk)