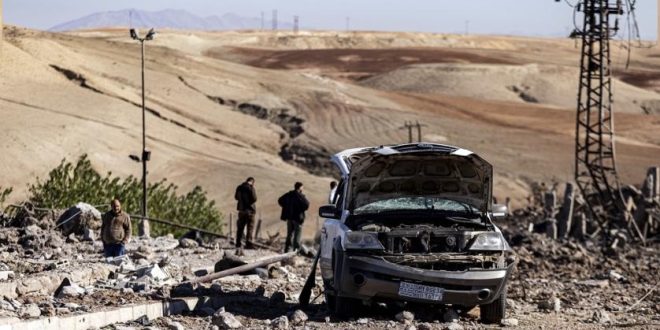 3 killed in Turkey after rockets fired from Syria

ISTANBUL: Three people have been killed after rockets hit the Turkish district of Karkamis, near the Syrian border, according to the country’s interior minister, Suleyman Soylu.

Five rockets were reportedly fired on Monday, one of them hitting a school, leaving six people injured, two of them seriously. 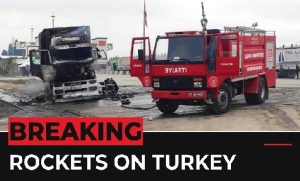 According to Turkey’s Anadolu Agency, the rockets also hit two houses as well as a truck near the border crossing that links Karkamis to the Syrian town of Jarablus.

Images on Anadolu showed shattered windows at a school as well a truck in flames.

On Sunday, rockets fired from Syria wounded six policemen and two soldiers when they struck a border crossing.

Kurdish fighters are suspected of firing the rockets from northern Syria, after the Turkish air force conducted air attacks on positions in Syria held by the Kurdish People’s Protection Units, or the YPG, on Sunday.

The raids in Syria killed at least 31 people, according to the monitoring group, the Syrian Observatory for Human Rights. 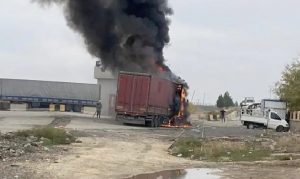 Turkey accuses the PKK of being behind a bombing in Istanbul that killed six people on November 13, and considers the YPG the PKK’s affiliate in Syria.

The PKK has denied any involvement in the Istanbul attack.

The Turkish President Recep Tayyip Erdogan also said that a military operation announced over the weekend in northern Syria would not just be limited to an air campaign.

“Our defence ministry and our general staff decide together how much of the land forces should take part. We make our consultations, and then we take our steps accordingly,” Erdogan said. (Int’l News Desk)