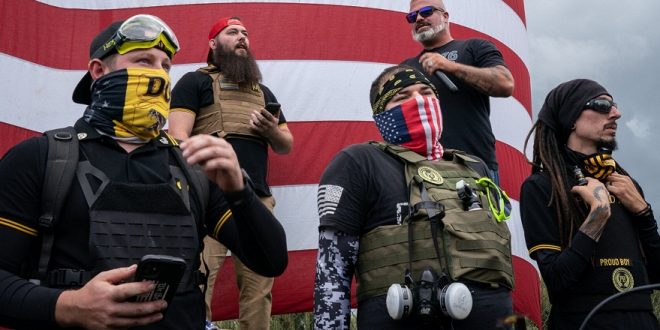 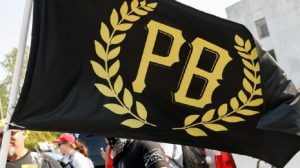 MELBOURNE/ WASHINGTON: American President Donald Trump has condemned all white supremacist groups following controversy over remarks he made during the first presidential debate.

In an interview with Fox News on Thursday he explicitly condemned the Proud Boys group which in the debate he had urged to “stand back and stand by”.

Members of the far-right group had regarded his comment as an endorsement.

Senior Republicans also expressed unease over the remarks, and attempts by Trump to walk back the comments at a news conference on Wednesday failed to end the controversy.

In an interview with Sean Hannity on Thursday evening President Trump said: “I’ve said it many times, let me be clear again, I condemn the KKK [Ku Klux Klan]. I condemn all white supremacists. I condemn the Proud Boys. 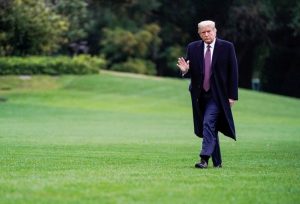 “I don’t know much about the Proud Boys, almost nothing, but I condemn that.”

During Tuesday’s debate, moderator Chris Wallace asked whether the president would condemn white supremacists and tell them to stand down during protests.

When Trump asked who it was he was being told to condemn, Biden twice said “Proud Boys”, referring to the far-right, anti-immigrant, all-group with a history of violence against left-wing opponents.

The president said: “Proud Boys – stand back and stand by. But I’ll tell you what… somebody’s got to do something about antifa [anti-fascist activists] and the left because this is not a right-wing problem.”

After his refusal to explicitly condemn far-right groups drew criticism, Mr Trump sought to qualify his remarks during an exchange with reporters on the White House had lawn on Wednesday.

He said he did not know who the Proud Boys were. 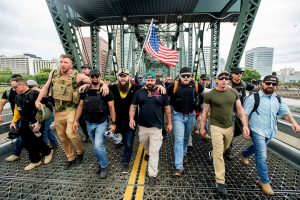 He did not clarify his use of “stand by” in the debate but said he wanted to “let law enforcement do their work”.

During his time in office, President Trump has been accused of emboldening far-right groups with his rhetoric while being more willing to openly condemn those on the far-left.

The tone and tactics of the first presidential debate were widely criticized.

The candidates were given two minutes to answer moderator questions before being allowed to address each other’s response.

However, President Trump constantly interrupted Biden leading to a series of chaotic exchanges in which both men talked over each other.

The Commission on Presidential Debates (CPD) – a nonpartisan body that has organized presidential debates since 1988 – has since said it will announce new measures to help moderators “maintain order” in the remaining two debates. (Int’l Monitoring Desk)