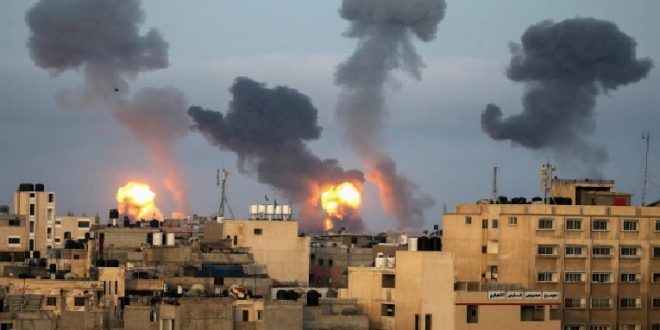 GAZA/ JERUSALEM: At least 25 Palestinians have been killed in Israeli air raids on the besieged Gaza Strip, according to the Palestinian health ministry, after Hamas launched rockets from the coastal territory towards Israel.

The Gaza health ministry told media on Monday that 21 people, including children, had been killed in the attacks.

The attacks were carried out after Hamas fired several rockets at Israel, following the expiration of the group’s ultimatum demanding Israel stand down forces from the Al Aqsa Mosque compound in Jerusalem. 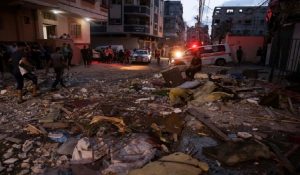 Earlier on Monday tensions at the compound, the third holiest in Islam which is also revered by Jews, escalated with more than 300 Palestinians wounded when Israeli police stormed the mosque, firing rubber bullets, stun grenades and tear gas.

The UN Security Council held an urgent meeting on the unrest in Jerusalem, as world leaders urged the de-escalation of the tensions.

Israel’s army said on Tuesday that it had hit 130 “military targets” in Gaza, killing 15 “Hamas and Islamic Jihad operatives” in retaliatory strikes after Palestinian groups launched a flurry of rockets towards Israel.

“According to our current estimates we have killed 15 Hamas and Islamic Jihad operatives,” AFP news agency quoted him as saying.

Photos posted by news agencies and on social media showed flames and smoke rising from the Gaza skyline amid the flare-up of latest violence.

Israel said the strikes were in retaliation to the rockets fired by the group, Hamas. Hamas earlier warned Israel to stop the violence against Palestinian worshippers at Al Aqsa Mosque in Jerusalem. 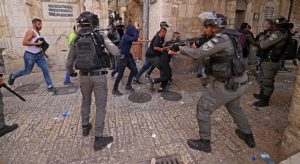 Mohammad Oweis, a political analyst based in Washington DC, said that the US policy on Israeli occupation of Palestinian lands has been “lopsided” from 1948 until today, making it difficult to resolve the root cause of the conflict between the Israelis and Palestinians.

“They signed a peace deal with the Palestinians in 1993 and nothing was implemented from it, and Israel continued to annex Palestinian land, and occupying Palestinian homes.”

“The Israeli occupation is the cause of all evil. It is not the Palestinian presence on their land. They cannot blame the victim for what happened.”

Protests have erupted in the city of al-Lydd near Tel Aviv in solidarity with Palestinian worshippers at Al Aqsa who were injured following attacks by Israeli police.

This video in al-Lydd shows protesters taking down the Israeli flag and replacing it with the Palestinian flag early on Tuesday.

The UN Security Council held an urgent meeting on the unrest in Jerusalem but issued no immediate statement, with diplomats saying the United States believed public comments would be counterproductive.

The negotiations among the 15 nations on the Security Council were over a text that could be watered down from an initial draft proposed by Norway, diplomats told media.