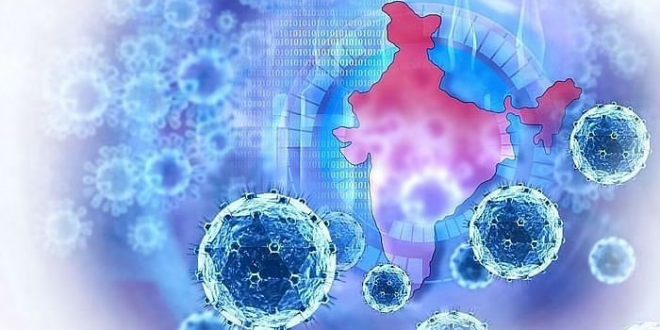 NEW DELHI: India has declared a new coronavirus variant to be of concern after nearly two dozen cases had been detected across the country so far.

The variant AY.1, identified locally as Delta Plus and first identified in Europe, has been found in at least 22 cases across Maharashtra, Kerala and Madhya Pradesh states, India’s health ministry said on Tuesday. 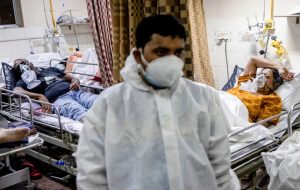 The ministry said Delta Plus showed increased transmissibility and advised the three states to increase testing.

“Based on the recent findings of INSACOG (Indian SARS-CoV-2 Genomic Consortia), the health ministry has alerted and advised Maharashtra, Kerala and Madhya Pradesh regarding the Delta Plus variant of COVID-19 found in these states,” a ministry statement said.

INSACOG is a consortium of India’s premier medical and scientific bodies, including the Indian Council of Medical Research and the Council of Scientific and Industrial Research.

The consortium is tasked with not just the whole genome sequencing of the virus, but also with giving timely inputs on appropriate public health response measures to be adopted by the states.

“The first is increased transmissibility, the second is that it binds more to the receptors of lung cells, and also there is a potential reduction in antibody response,” she said.

The Delta Plus variant has been formed due to a mutation of the Delta strain or B.1.617.2 variant, which was first found in India and believed to be the reason behind a vicious second wave of the virus in the country.

Health experts have warned that the Delta Plus variant may trigger a third COVID-19 wave in India.

Meanwhile, the country on Wednesday reported 50,848 new coronavirus infections and 1,358 deaths over the past 24 hours, health ministry data showed. The South Asian nation’s total infections now stand at more than 30 million and the death toll is 390,660. 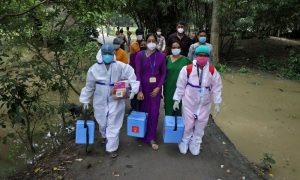 20 percent of US infections

India’s health ministry also said the Delta Plus variant has also been found in at least nine countries, including the United Kingdom, the United States, Japan, Russia, India, Portugal, Switzerland, Nepal and China.

The Delta variant of the coronavirus now represents more than 20 percent of infections in the US in the last two weeks, or double what it was when the Centers for Disease Control last reported on the variant’s prevalence.

Dr Anthony Fauci, the country’s top infectious disease expert, warned that the US could be following the UK’s course, where the variant has become the dominant strain due to its rapid spread among youth.

Fauci says indications are that the COVID-19 vaccines remain effective against the variant.

The variant is accounting for half of new infections in regions including Iowa, Kansas, Missouri, Nebraska, Colorado, Montana, North Dakota, South Dakota, Utah and Wyoming.