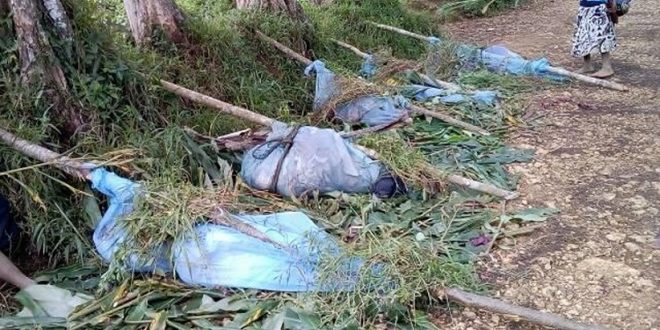 POM CITY: Children and pregnant women are among those murdered in a tribal massacre in Papua New Guinea’s (PNG) Highlands’s area.

At least 24 people are confirmed to have died in a brutal flare-up of violence between rival tribes over several days in Hela province. Some reports put the death toll higher.

PM James Marape called the news “one of the saddest days of my life”, promising to track down the perpetrators.

It is one of the worst outbreaks of tribal violence in PNG for years. 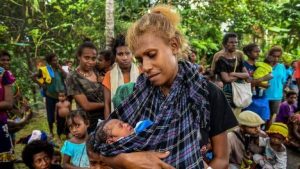 “It was retaliation of a previous attack. Both attacks were made in an innocent community where people were not expecting it and all of us are in a state of shock.”

Authorities say the region has for years struggled with violence, at times driven by disputes over the distribution of land and resource wealth.

How did the killings unfold?

Details are still emerging from the remote central area, but the violence appears to have been a string of attacks and counter-attacks over several days.

Hela provincial administrator William Bando told AFP news agency that 24 people were dead and there could be more. 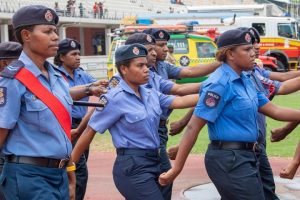 On Sunday, seven people – four men and three women – were killed in Munima village. Then on Monday, 17 women and children were hacked to death in the village of Karida, EMTV said. Two of the women were pregnant.

According to the Post-Courier newspaper, the attacks took place on Saturday and Sunday with six people killed the first day and 16 – including two pregnant women – in a retaliatory attack the following day.

Pills Pimua Kolo from the Hela province department of health posted pictures on Facebook of what he said was the massacre in Karida village.

The pictures show a row of bodies wrapped in cloth and tied to long poles. He said some of them had been chopped into pieces and their body parts were hard to recognise. 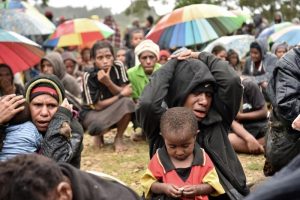 How did the authorities respond?

Prime Minister Marape, who is from the area, said the killings were led by gunmen from the Hagui, Okiru and Liwi tribes and said he would seek out punishment for the people responsible.

“Gun-toting criminals, your time is up,” Marape said.

“How can a province of 400,000 people function with policing law and order with under 60 policemen, and occasional operational military and police that does no more than band aid maintenance,” he added.

William Bando said he had now called for at least 100 more police to reinforce the existing 40 local officers. 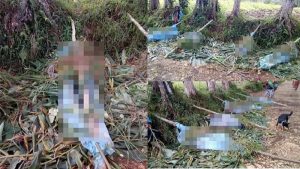 How common is tribal violence in PNG?

Papua New Guinea’s highland provinces are very remote with communities based around tribal identities and local customs rather than the central government.

Tribal clashes are not unusual with rivalries often prompted by rape or theft, or disputes over tribal boundaries.

The country’s population has more than doubled in the last 50 years, leading to intensified competition for both land and resources.

While the reason for the latest outbreak of violence is still unclear, AFP says it has been linked to control over Mount Kare, thought to be rich in gold resources. 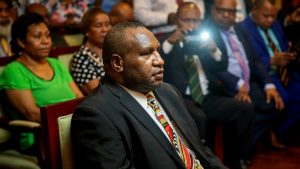 The agency says that according to the Red Cross, fighting kills dozens and displaces thousands in the PNG highlands every year.

Over the past years, the influx of automatic weapons has made clashes more deadly and escalated the cycle of violence.

US oil and gas company ExxonMobil operates a natural gas processing plant in the region where the massacre took place but halted construction on a pipeline last year because of unrest. (BBC)