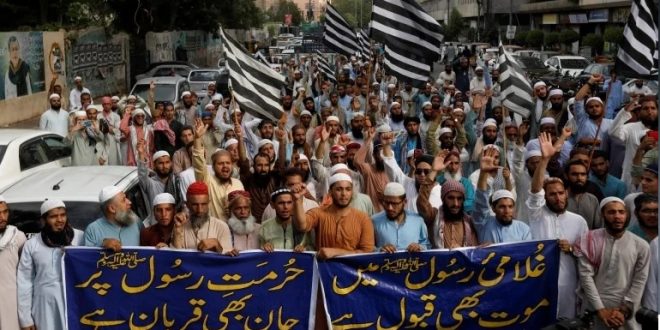 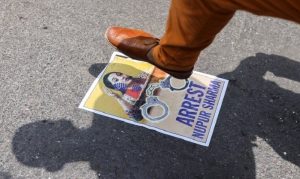 She was asked by Maharashtra Police to appear before the investigating officers on June 22 to record her statement about her alleged objectionable comments.

An official said that Sharma has been informed via email and post. The Pydonie police in Mumbai, too, have registered an FIR against her.

Charged under Indian Penal Code Sections 295A (deliberate and malicious acts intended to outrage religious feelings), 153A (promoting enmity between groups), and 505(2) (statements conducing to public mischief), Mumbai police had registered an FIR against the politician on May 28 for her disrespectful comments during a TV debate. 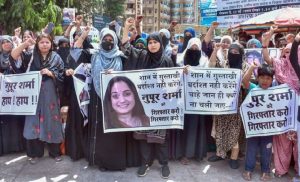 The comments sparked many protests throughout India.

Following the commotion, BJP suspended both its party members.

Most recently, the UAE’s foreign ministry condemned BJP’s comments saying they were “contrary to moral and humanitarian values and principles”, media reported.

Qatar asked for a public apology while Iran summoned its Indian ambassador to protest.

The Chief Minister of Kerala Pinarayi Vijayan, who belongs to the Communist Party of India, said: “It’s high time to raise a unanimous voice against the forces of bigotry.”

Amir Ali, professor of political science at the Jawaharlal Nehru University in New Delhi, told media; “the dire situation of Muslims in India can be gauged from the fact that now the BJP does not have a single Muslim Member of Parliament. Not even one.”

Pakistan has condemned in the strongest possible terms, the highly derogatory remarks recently made by two senior officials of India’s ruling party BJP, disrespecting the Holy Prophet Muhammad (Peace Be Upon Him).

Meanwhile, “these totally unacceptable remarks have not only deeply hurt the sentiments of the people of Pakistan but of billions of Muslims around the world,” a statement issued by the Ministry of Foreign Affairs said Sunday.

“BJP’s attempted clarification and belated and perfunctory disciplinary action against these individuals cannot assuage the pain and anguish they have caused to the Muslim world.” 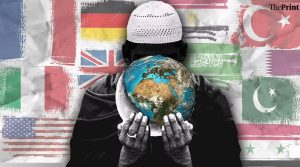 Muslims residing in India are equally outraged by the completely repugnant comments by the two BJP officials. The ensuing communal violence in Kanpur and in other parts of India bears testimony to this fact.

Pakistan is also deeply concerned about the alarming rise in communal violence and hatred directed against the Muslims in India. Muslims in India are being systematically stigmatised, marginalised and subjected to a well-orchestrated onslaught from radical Hindu mobs with full connivance and support of the security apparatus across various states in India.

“Regrettably, the Indian state machinery has remained aloof to the desperate calls for assistance by the local Muslim communities across the country,” the statement said. 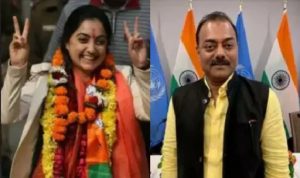 The continued grave violations of the rights of minorities in several BJP-ruled states; anti-Muslim legislation by the Union government of India and continued incidents of violence against Muslims on flimsy pretexts by various “Hindutva” groups with complete impunity, and often under state patronage, highlight the worsening trend of Islamophobia and extremism in India.

“The silence of the top leadership of the BJP is yet another proof that these Hindu zealots have the tacit support of the state machinery in carrying out their nefarious designs of marginalization and dehumanizing of the minorities, especially Muslims,” it said.