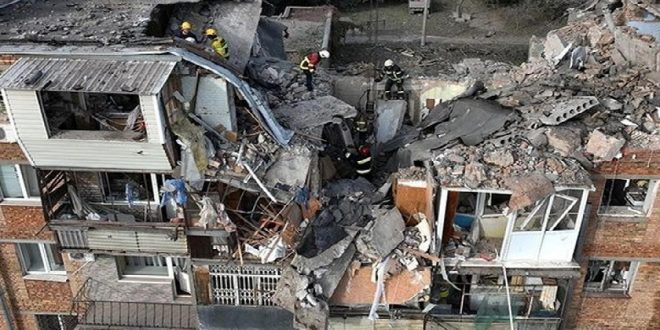 11 killed in shooting at Russia’s military base

MOSCOW: Gunmen have opened fire at a Russian military training ground near Ukraine, killing at least 11 people and wounding 15 others, according to Russia’s Defence Ministry. 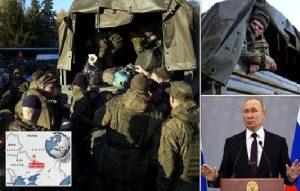 The ministry said the “terrorist” attack took place on Saturday in the southwestern Belgorod region that borders Ukraine.

It said the two assailants, nationals from an unspecified former Soviet republic fired on volunteer soldiers during target practice and were killed by return fire.

The shooting comes amid a hasty mobilisation ordered by President Vladimir Putin to beef up Russian forces in Ukraine, a move that triggered protests and caused hundreds of thousands to flee Russia. It also comes a week after a blast damaged a bridge in Crimea, the peninsula annexed by Russia from Ukraine in 2014.

“During a firearms training session with individuals who voluntarily expressed a desire to participate in the special military operation (against Ukraine), the terrorists opened fire with small arms on the personnel of the unit,” the defence ministry statement said.

Oleksiy Arestovych, an adviser to Ukrainian President Volodymyr Zelenskyy, said in a YouTube interview that the attackers were from the Central Asian nation of Tajikistan and had opened fire on the others after an argument over religion. 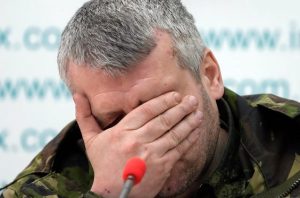 Tajikistan is a predominantly Muslim nation, while about half of Russians follow various branches of Christianity. The Russian ministry had said the attackers were from a nation in the Commonwealth of Independent States, which groups nine ex-Soviet republics, including Tajikistan.

Media was not immediately able to confirm the comments by Arestovych.

The independent Russian news website Sota Vision said the attack occurred in the small town of Soloti, close to the Ukrainian border and about 105km (65 miles) southeast of Belgorod.

Elisabeth Braw, senior fellow at the American Enterprise Institute, said the shooting showed how much anger there is at Putin’s mobilization from inside Russia, and other former Soviet states.

“Regardless of who the perpetrator was, it shows how poorly protected Russian military bases are if somebody can just turn up and kill 11 soldiers at the base. And it also shows how unprepared the Russian authorities are. They didn’t even manage to kill them after one soldier was shot. The perpetrators shot 11 soldiers,” Braw told media. 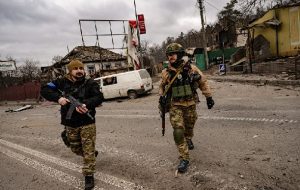 “So it is really extremely embarrassing … You can imagine that if you are somebody who’s about to be called up or worried that you’d be called up you look at this and say, ‘Well, I better make my way out of the country through any means at my disposal, because I don’t want to end up like this’,” she added.

Putin had ordered the mobilisation three weeks ago, part of a response to Russian battlefield defeats in Ukraine, with Kyiv’s troops clawing back territory occupied by Moscow for months. Fighting is particularly intense in the eastern Donetsk and Luhansk provinces, which together make up the larger industrial Donbas region.

Putin said on Friday that more than 220,000 reservists had already been called up as part of an effort to recruit 300,000. He promised the mobilisation would be wrapped up in two weeks. (Int’l Monitoring Desk)