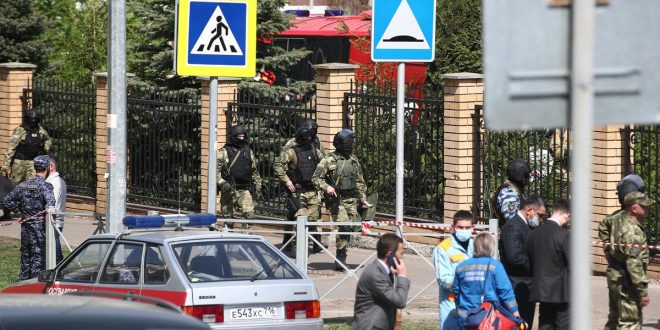 Russian media said at least eight children were among those killed in the attack on Tuesday.

Two children could be seen leaping from the third floor of the four-storey School Number 175 as gunshots sounded, in a video filmed by an onlooker that was circulated by RIA. 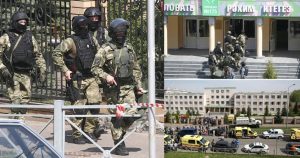 According to the Interfax news agency, two gunmen opened fire in the school, and one of them, a 17-year-old was later apprehended.

The other attacker was killed, Russia’s Tass news agency reported.

Local officials said some children were evacuated from the school but others still remained in the building.

Authorities said additional security measures have been put into place in all schools in Kazan, the capital of Russia’s Tatarstan region, which is roughly 700 kilometres (430 miles) east of Moscow.

School shootings are rare in Russia.

One of the last major shootings of its kind took place in Russian-annexed Crimea in 2018 when a student at a college killed 19 people before turning his gun on himself. (Int’l Monitoring Desk)