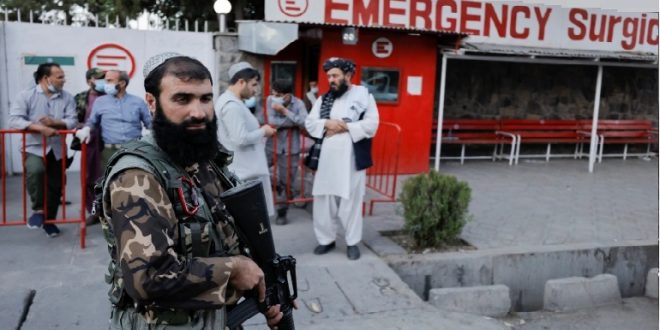 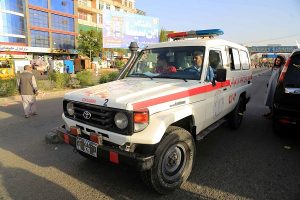 KABUL/ ISLAMABAD: At least ten people including a prominent cleric were killed and 27 others wounded when a mosque packed with people was blasted on Wednesday evening, sources disclosed.

Children are also among the wounded, according to a hospital source.

Taliban government spokesman Zabihullah Mujahid confirmed there were dead and wounded in the blast, but did not specify how many. Taking to twitter, he said, “The murderers of civilians and perpetrators … will soon be punished for their crimes.”

The explosion took place at a time when people were offering evening prayers at the mosque.

A suicide bomber blew himself up at the Siddiquiya Mosque, media reported, citing an eyewitness, a resident of the city’s Kher Khanna neighborhood.

The eyewitness, speaking on condition of anonymity, said the slain cleric was Mullah Amir Mohammad Kabuli. He also said that at least 30 people sustained injuries.

Meantime, a spokesperson for an Italian NGO, Emergency, operating at a Kabul hospital, said 27 victims of the blast, including three fatalities, were received at the hospital. 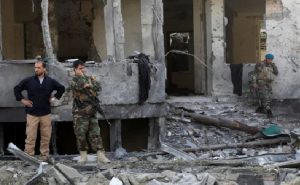 “Most of the patients we received following the explosion inside a mosque are suffering from shell and burn injuries,” an email from Emergency stated.

The spokesman for the Kabul Police Chief, Khalid Zadran, also confirmed the explosion inside a mosque however, he did not specify the casualty toll.

No terrorist group has so far accepted responsibility for the attack, the latest to hit the country this year since the Taliban seized power last August. However, Daesh’s local affiliate claimed responsibility for an earlier attack on August 11 that claimed the life of a top Taliban cleric at his seminary in Kabul.

The cleric, Rahimullah Haqqani, was killed along with his brother in a suicide attack inside his madrassa.

Though there was a significant drop in countrywide violence since the Taliban takeover almost a year ago, the Daesh-affiliated group stepped up attacks targeting the Taliban and civilians across the country.