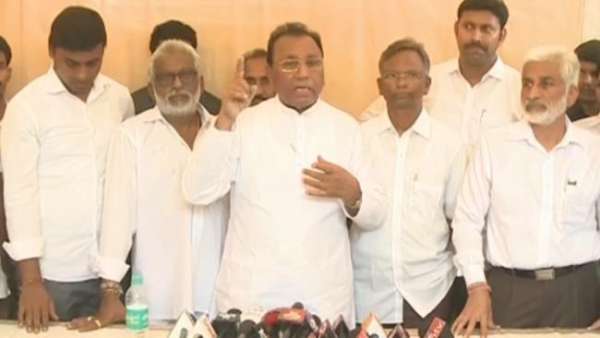 YSRCP MPs Will Resign If The Parliament Is Prorogued 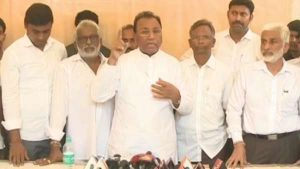 Amaravati: YSR Congress Party MPs cleared the air about their resignations today. After meeting their party Chief YS Jagan Mohan Reddy in the Praja Sankalpa Yatra camp at Muppalla in Sathenapalli constituency, Guntur district, the MPs made it clear that they would resign from both Houses of Parliament the minute they have been prorogued.

Speaking to media persons after the meeting with YS Jagan, the MPs said that YSRCP President had directed them to resign immediately after the Parliament is prorogued and the resignations would be submitted in the Speaker’s format. They recalled that many notices have already been submitted to the Speaker for the no-trust vote in the Parliament and they said they would continue to keep giving notices until discussion on no-trust vote is allowed. If the Special Category Status (SCS) was not awarded to Andhra Pradesh by the end of the session, they would resign on the last working day, the MPs informed.

YSRCP MP Mekapati Rajamohan Reddy said, “Chandrababu was the person who said that SCS was not needed for AP. But it is surprising that he has changed his stance and joined with YSRCP in moving a no-trust vote against the NDA government. Now we request the TDP MPs also come forward to resign along with YSRCP MPs so that AP would become the point of discussion all over the country. This will bring pressure on the centre to yield to our demand.”

The MP said that YSRCP was of the opinion over the last four years that SCS will bring prosperity to the state. The people have been enlightened on the need for SCS by conducting dharnas and Yuvabheri by YSRCP, he said. Further he added that during the course of the mass contact initiative Praja Sankalpa Yatra, YS Jagan had repeatedly stressed up on the imperative need for SCS to AP. Mekapati alleged that Chandrababu was creating confusion in the minds of people and added that TDP walked out of NDA since Modi’s popularity graph was dipping.