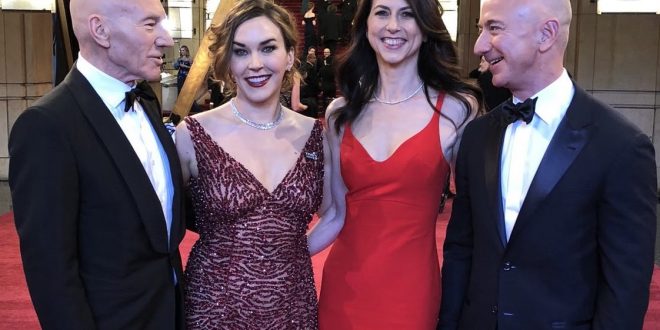 WASHINGTON: Amazon founder Jeff Bezos has reportedly agreed to pay the world’s biggest divorce settlement that will include his former partner MacKenzie Bezos receiving a 4 percent stake in the online shopping giant.

It’s believed a judge will sign legal papers transferring the shares worth more than $52 billion, which eclipses the previous record of $3.5 billion paid to Jocelyn Wildenstein after her separation to art dealer Alec Wildenstein.

The settlement will make author Ms Bezos the fourth-richest woman in the world, but she has already promised to hand over at least half to charity. 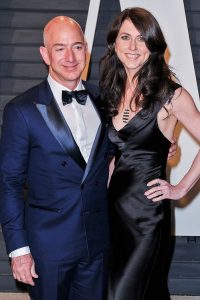 The portion Bezos is holding on to is worth about $140 billion, enabling him to retain the title of the richest man in the world, beating out Microsoft mogul Bill Gates by $6 billion.

The Amazon boss will take control of Ms Bezos’ remaining stock in his other companies, The Washington Post and Blue Origin, the space exploration company he founded.

In April, the two who married in 1993, the year before Bezos started Amazon from his garage in Seattle, announced details of their split on Twitter.

“I’m grateful for her support and for her kindness in this process,” Bezos said in a tweet.

The two didn’t go in to detail about dividing their expansive properties and other investments — keeping the tone light and gracious in their statements. 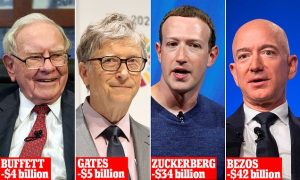 Their decades-long marriage came to a halt in January when Bezos’ romance with his now-girlfriend Lauren Sanchez was brought into light.

The couple announced they were divorcing in January, just before the National Enquirer published a story saying Bezos was having an affair.

He later accused the tabloid’s publisher of threatening to publish explicit photos of him unless he stopped investigating how the Enquirer obtained his private messages.

Since then, there has only been speculation surrounding other details of the highly-publicized split. 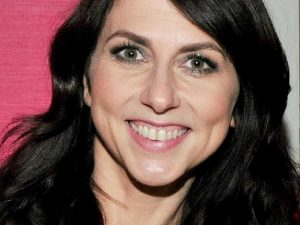 The Bezos divorce settlement is the most expensive in history, easily eclipsing other payouts.

French-American businessman and art dealer Wildenstein divorced his wife of 21 years, Ms Wildenstein, in 1999 at a cost of $5.3 billion.

Rupert Murdoch reportedly paid $2.4 billion to his former wife, Anna, in 1998, while Formula One executive Bernie Ecclestone forked out $1.7 billion to Slavica Radic when their marriage ended in 2009.

Ms Bezos made headlines across the globe after promising to give tens of billions of dollars to charity but while news outlets have clamoured to praise her generosity, one sentence buried in her announcement was missed. 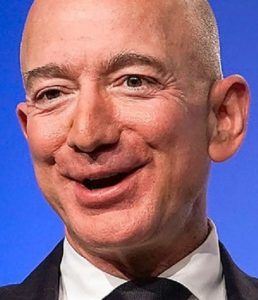 And it revealed a subtle but telling dig at her former husband.

The mum-of-four signed up to the Giving Pledge campaign — an initiative founded by billionaires Warren Buffett and Gates that encourages the world’s wealthiest people to dedicate most of their fortunes to worthy causes.

She vowed to donate about $26 billion over her lifetime.

“We each come by the gifts we have to offer by an infinite series of influences and lucky breaks we can never fully understand,” Ms Bezos said in a statement. 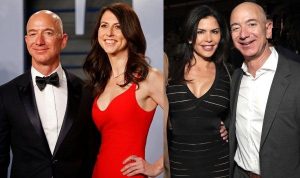 “In addition to whatever assets life has nurtured in me, I have a disproportionate amount of money to share.

“My approach to philanthropy will continue to be thoughtful. It will take time and effort and care but I won’t wait. And I will keep at it until the safe is empty.”

But among her moving pledge, three words in particular stand out.

Ms Bezos’s vow “I won’t wait” — coming just weeks after her windfall — is a stark contrast to her ex-husband’s refusal to donate significant amounts of money to charity for years on end despite his regular appearance on the top of rich lists.

It’s a stance he’s been widely criticized for — and Ms Bezos’s words have only reinforced her ex-husband’s notorious stinginess. 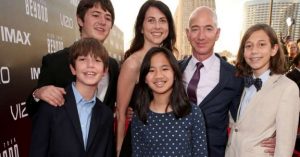 In an April 2018 interview, he famously told Axel Springer CEO Mathias Dopfner he struggled to think of ways to spend his money, and as a result, he was throwing most of his wealth into his space company Blue Origin.

“The only way that I can see to deploy this much financial resource is by converting my Amazon winnings into space travel. That is basically it,” Bezos said at the time.

“Blue Origin is expensive enough to be able to use that fortune. I am currently liquidating about $1 billion a year of Amazon stock to fund Blue Origin.

“And I plan to continue to do that for a long time. Because you’re right, you’re not going to spend it on a second dinner out.”