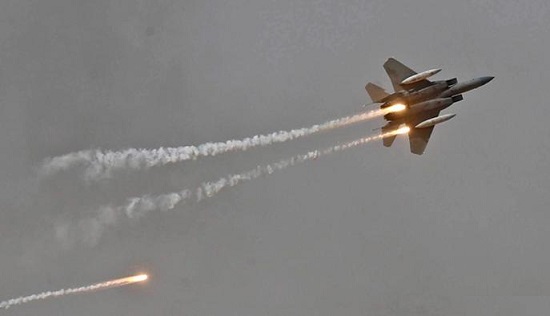 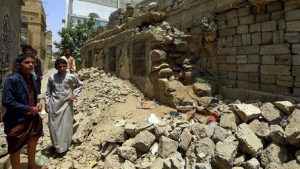 TEHRAN/ RIYADH: Just because of the silence of so-called civilized Western and American world and no reaction of United Nations Organization (UNO) as well as total blackout in global media, the regime of the Kingdom of Saudi Arabia (KSA) known as Aal-e-Saud has once again started airstrikes on Yemeni civilians but beside the killing of dozens of Yemeni people including innocent children and women and despite fulfilling of KSA’s Shia genocide plan in Middle-East, South and Central Asia, Gulf and other Arab countries, Aa-e-Saud have neither any afraid over their brutal and barbarian Shia genocide nor anyone has urge to criticize them across the world as Israeli regime has been doing since last many decades. 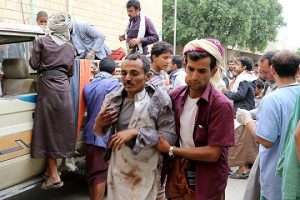 None of one in the whole world except Iran which has not only been protesting against Israeli and Saudi regimes but lout on their supporters, facilitators, partners, financers and service providers including Brittan, America, Australia etc and in this connection once again, Iran has strongly condemned a deadly airstrike by the Saudi regime and its allies against a market in Yemen’s northwestern Sa’ada Province, saying the aggressors are attempting to make up for their defeats by massacring civilians.

Speaking on Tuesday, Iranian Foreign Ministry spokesman Abbas Mousavi expressed sympathy with the families of the victims of Monday’s “savage and inhumane” attack by the Saudi-led coalition on the market in Sa’ada, which killed at least 13 people, including children, and injured 23 others. 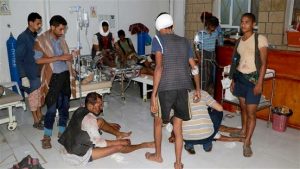 Mousavi also criticized the international community for keeping silent on the Saudi-led alliance’s war crimes in Yemen, adding, “The US and some European countries, which are selling weapons to the aggressors, are complicit in such atrocities and should be held responsible for their acts.”

The Saudi-led coalition launched the war on Yemen in March 2015 in an attempt to reinstall a former Riyadh-allied regime.

The Western-backed military aggression, coupled with a naval blockade, has killed tens of thousands of Yemenis, destroyed the country’s infrastructure, and led to a massive humanitarian crisis.

‘World should not turn its back on Yemen’ 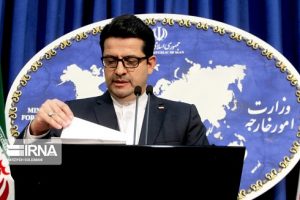 On Monday, a senior UN official highlighted the plight of war-stricken Yemen people, urging the international community “not to turn its back” on Yemen and to honor its promises to deliver aid to the impoverished state.

He also raised concerns about the humanitarian situation caused by the Saudi offensive, saying, “The world should not turn its back on Yemen.”

|It is the worst humanitarian crisis in the world and in some respects it is getting worse because hostilities and fighting still continue and the situation for 20 million or over two thirds of Yemeni citizens required humanitarian support,” he said. “Ten million people currently face the acute risk of famine.”

Post Views: 1
2019-07-30
admin
Previous US Senate fails to overturn Saudi arms sale veto
Next Next we will form govt in Telangana too as many joining BJP soon: Muralidhar