MELBOURNE/ CHRISTCHURCH: At the age of 45, Christchurch widow Ambreen Naeem is learning to drive.

Once a week she meets with an instructor and volunteer from The Salvation Army for a free lesson on the quiet suburban streets of Christchurch.

Her husband Naeem Rashid and eldest son Talha Naeem used to do all the driving in her family.

Then on March 15, both men were killed at Al Noor Mosque in central Christchurch by a lone gunman who stormed in during Friday prayers.

He then continued his reign of terror at the Linwood Mosque, live-streaming both attacks on the internet as he went. 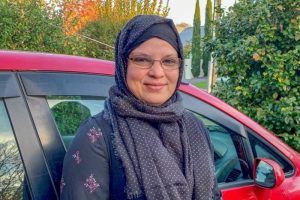 Fifty-one people died, 49 were injured, many more were traumatised, and New Zealand was left asking how and why such an atrocity could happen in their usually peaceful country.

Three months on, the survivors and victims’ families are trying to move forward with their daily lives.

For Ambreen, learning to drive is just one of the ways life is changing.

She has also had to leave her job as a baker to care for her two younger sons, and move house to be within walking distance of their school and university.

For the first time, she is managing the family finances without incomes from the main breadwinners.

‘I lost half my family. We were such a nice family’ 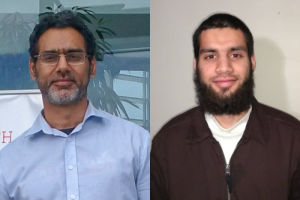 They had two children in Pakistan — Talha and Abdullah. Little Ayeen was born after the family moved to Christchurch in 2011.

Tahla was just 21 when he died in the Christchurch massacre.

“I lost half of my family and we were such a nice family,” Ambreen said.

As painful as these past few months have been for Ambreen, she is also immensely proud of her husband and eldest son.

Naeem Rashid died after tackling the gunman to the ground so other people could run away.

For displaying such courage he has been awarded Pakistan’s highest civilian bravery honour.

“Naeem is the fourth person in 72 years to get this award so it’s very, very special — especially for my children,” Ambreen said.

“I knew he was very brave [but] this was really amazing, saving people’s lives.” 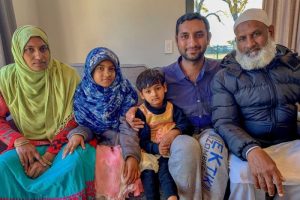 As Ambreen held the bravery medal in her left hand, she had another important keepsake in her right — the civil engineering degree son Talha would have collected himself two weeks after the terrorist attack.

Staff from the university personally delivered it to Ambreen after Talha was cruelly denied his chance to graduate.

“Their deaths had a purpose, they were loving people and in death they brought the world together,” Ambreen said.

Ambreen believes Christchurch has come together since the March 15 attacks.

Friends, neighbours, volunteer groups, and some total strangers have dropped off food, cooked halal meals, done her washing, driven her around to run errands, and delivered gifts and cards.

“If this love wasn’t there, I wouldn’t be so strong,” she said.

‘The pain is still there every day’

Mohammed Sahadat is on six types of medication as he recovers from a gunshot wound to the chest.

Unexpected noises — especially when he is praying — can trigger memories of the day the gunman burst into the Linwood Mosque and opened fire.

Still, he feels lucky because he said God had given him a new life.

“Nowadays I am feeling very happy. What’s happened has happened … and it’s taking a long time to recover because I am injured, but nowadays I [am] OK,” Mohammed said. 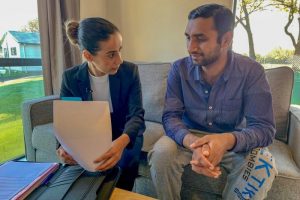 The 30-year-old’s shoulder is marked with a jagged scar left by the bullet that entered under his right arm and exited close to his neck.

“The pain is still there every day, I’m taking medicine every day for my back and for [my] shoulder and I can’t pick up any items,” he said.

Mohammed was in hospital for a month and now attends at least three medical appointments a week.

The chef and father of four moved to Christchurch from India in 2018 without his family, but they flew over after the massacre to help him.

Three months on from the massacre, Zhiyan Basharati is determined to ensure support for people like Ambreen and Mohammed does not evaporate.

The refugee advocate and the daughter of the local halal butcher has been running the Christchurch Victims Organising Committee.

“As a Muslim myself, I understand the culture and customs of the various different groups so whatever I could help with, I was there,” Ms Basharati said.

She has been assisting victims’ families and survivors with housing, visas, and immigration needs, and coordinating the delivery of food and clothing care packages.

Zhiyan is helping Mohammed, his father, his wife and their four children obtain permanent residency so he can continue his medical care in Christchurch and eventually go back to work.

The Imam who led Friday prayers a week after surviving the shooting, Sheikh Gamal Fouda, has urged people not to forget the survivors and loved ones of those killed “but we are together and … it is a very good feeling when everybody is helping you and the people are working together and loving each other.”

Post Views: 30
2019-06-16
admin
Previous How Christchurch survivors rebuilding their lives?
Next Death toll mounts to 83 due to Encephalitis in Bihar