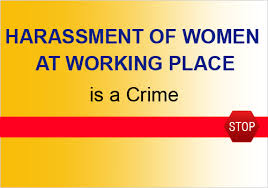 Chandigarh: A 28-year-old woman IAS officer, posted in a Haryana government department, today accused a senior civil servant from the state of sexually harassing her for writing “adverse comments on official files”.
Her senior, however, rubbished the allegations and claimed that the woman officer had been advised “not to find faults with the files which have got all necessary clearances from other officials”.
The woman officer wrote a post on her Facebook page, giving details of the incident.
She wrote that the male officer, her boss, summoned her to his office on May 22 and “threatened” her.
“He questioned me why I write on files the wrongs the department has done,” she wrote.
The superiors officer allegedly threatened to file a complaint and “spoil her Annual Confidential Report (ACR) if she did not stop writing adverse comments on the official files”.
The senior officer summoned her on May 31 “and instructed his staff that no other person should enter the room”.
“He asked me to tell what type of work I wanted to do, whether I want departmental work or time-pass work… And then he asked me to stop writing adverse comments on the files.
“He told me that like a newly wed bride, she has to be explained everything, and he was explaining to me in the same manner. His behaviour seemed immoral,” she alleged.
On June 6, the senior officer called her in his office at 5 pm and asked her to stay there till 7.39 pm, she claimed.
“I was sitting on the other side of the table in front of him. He asked me to get up and come closer to his chair. When I reached the other side of the table, he pretended to teach me how to operate a computer. I rushed back to my chair… After some time, he got up. Pretending to find a paper, he came close to my chair and pushed it,” she wrote.
The woman alleged that the senior officer and some of his colleagues were now threatening her.
Another senior woman official “has given me verbal orders that I do not enter any complaint in writing”, she claimed.
She also wrote that her police security had been withdrawn and that she had sent an e-mail to the office of President of India with regard to the entire incident.
When contacted, the senior IAS officer told  that the allegations levelled against him were “false and baseless”.
He said that in fact, he had gone out of his way to help her after she was posted in the department he is heading.
“We tried to provide all facilities to her. She did not even have a room for her office and I asked my staff to provide one. She was very well looked after by my staff,” he said.
“I have always tried to ensure that someone was present in my office while she was there. I don’t think that she was alone in my office, barring for a few minutes on a couple of occasions,” he claimed.
He also said that the woman officer had been “finding faults” with every official file and he had advised her that it was not appropriate for her to do so on the files which have got all necessary clearances from others.
“I advised her, thinking that she was a young officer. I tried to teach her. I asked her to stop writing adverse comments on every file she takes up and told her that in some other department people may spoil her ACR,” he said.
However, the woman officer rebutted the claims made by her superior and said, “Whatever he is saying in his defence is not correct. I have given full details in my Facebook post… Let the CCTV footage be examined. All things will become clear.
Post Views: 4
2018-06-10
admin
Previous CM HAS DONE NOTHING IN FOUR YEARS: BOTCHA
Next Saudi Arabia bans foreign workers in 12 sectors, many Indians to be affected