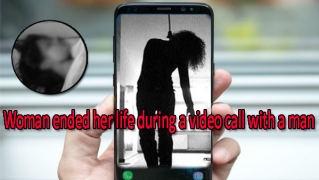 In a tragic case of death, a woman ended her life during a video call with a man. She committed suicide inside her hotel room in Jaipur. The victim has been identified as Mirza Khatoon. She was aged 28 and hailed from Mumbai. Mirza had been staying at the hotel over the last four days. She ended her life by hanging herself to the ceiling of her room, it is learned. She is survived by a son who is studying at a boarding school in Delhi.

The Jalpura police who rushed to the spot after getting news of her suicide attempt, moved her to the hospital. However, the doctors declared her brought dead.

As per reports, Mirza was in a live-in relationship with a man named Randhir Vishwakarma for two years. He is said to be the father of her child.

However, Mirza is believed to have parted ways with Vishwakarma and had a relationship with the man she was talking to on a video call.