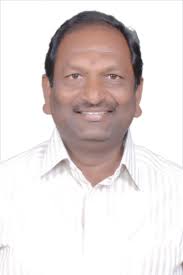 Hyderabad, Jan.20 (PMI): TRS MLA Koppula Eshwar today called upon the Opposition members in the House to withdraw cases filed against the irrigation projects and help them complete them.

During a debate on thanksgiving motion to Governor Speech in the Assembly on the last day of the four-day session, Eshwar said it was better if the Opposition parties withdraw the cases against the projects and enable the government to complete them speedily. In addition to be a No 1 in the country in economic development, Telangana has become power surplus State from the previous power crisis, he claimed.

The government has taken steps against substandard quality seed and providing Rs 4,000 per acre to the farmers under Rythu Bandhu, which will be increased to Rs 5,000 in future. Besides that, the government was providing Rs 5 lakh financial assistance to the kin of deceased farmers in the State, irrespective of any reason. The works of the irrigation projects are going on speedily to provide waters to about one crore acres in the State, he added.