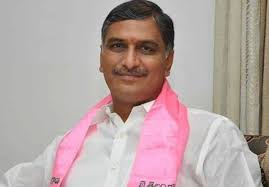 Hyderabad, Irrigation & Marketing Minister T Harish Rao today alleged that the previous governments encouraged the drugs culture, its sale and consumption and fake items and goods in the State. Now the TRS has been taking tough action against drug peddlers in the State with iron hand besides checking the production and use of fake and poor quality of items, he said.

Harish Rao said the State government will suppress those selling or producing fake goods, items, seeds or any others in the State. “We will take stringent action against such unscrupulous traders and businessmen, who indulge in fake business”, he said. He also distributed financial assistance of Rs 3.33 lakh to 162 persons for rehabilitation under Cheap Liquor Removal Scheme at a program in Gajwel attended by MPs K Prabhakar Reddy, Bibi Patil, MLAs Ch Prabhakar, Bhupal Reddy and others.

The State government has successfully removed the cheap liquor business in the State, he said and announced that 90 per cent subsidy will be given to toddy tappers under drip irrigation scheme for growing toddy trees and taking up business.