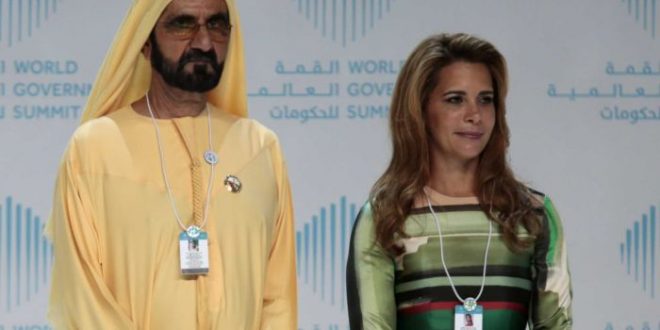 Wife of Dubai’s ruler flees to London for asylum

DUBAI/ LONDON: The wife of Dubai’s ruler has reportedly fled the United Arab Emirates with their young son and daughter and sought asylum in London.

According to the BBC, Princess Haya Bint al-Hussein is said to be “afraid for her life”, while a person close to the family told The New York Times that she fled to Britain several months ago and was seeking a divorce. 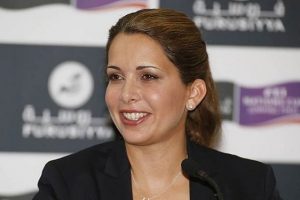 It follows the departure from Dubai of one of her husband’s daughters last year.

Who are Princess Haya and Sheikh Mohammed?

Princess Haya, 45, is the half sister of Jordan’s King Abdullah II.

She studied philosophy, politics and economics at the University of Oxford, is a former Olympic show jumper (she was Jordan’s flag bearer at the Sydney Olympics), was appointed a UN messenger of peace in 2007, and established her own foundation, Tkiyet Um Ali, to deliver food aid in the Arab world. 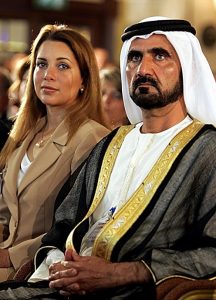 As the wife of 69-year-old Sheikh Mohammed (reportedly his sixth), she has championed the cause of improving health care, particularly for children.

In 2017 she spoke to the ABC about the war in Syria and subsequent flood of migrants across the Middle East and beyond, saying she had never seen the region in a worse state.

“The Middle East is in chaos. We’ve got extremism reaping the benefits of that chaos and really using the fact that there’s insecurity in food, that there’s widespread poverty, to use it as a recruiting tool, and you’ve got this whole problem literally spilling over worldwide,” she said.

Princess Haya has said she does not identify as a feminist, but believes in gender balance and the empowerment of women.

“I feel that it’s more about gender balance than equality, and with balance there is equality,” she said.

“I think change starts from within and I think the best way to drive change is gently.”

Beyond his political power, Sheikh Mohammed is one of the world’s richest men, with a particular interest in horse racing. 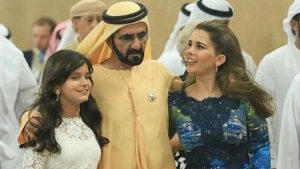 His thoroughbred breeding operation Godolphin won the 2018 Melbourne Cup with Cross Counter and the 2019 Diamond Jubilee Stakes in England with Blue Point.

Princess Haya and Sheikh Mohammed married in 2004 and have two children, aged 11 and seven.

Does this have anything to do with the attempted escape of Sheikh Mohammed’s daughter last year?

Last year, the 33-year-old left Dubai on a private yacht, but armed men took her off the boat when it neared the Indian coast. 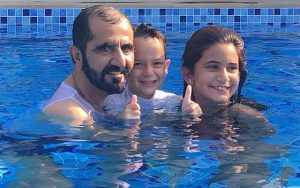 In a video recorded before she fled, Sheikha Latifa claimed to have been held and tortured by her father’s regime.

“I’m not so sure of the outcome, but I’m 99 per cent positive it will work. And if it doesn’t, then this video can help me because all my father cares about is his reputation,” she said.

Sheikha Latifa was returned to Dubai and hasn’t been heard from since, but in December last year she was photographed having lunch with former United Nations human rights chief Mary Robinson, the former president of Ireland, who made the visit at the request of Dubai’s royal family. 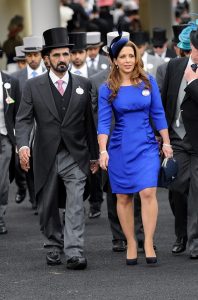 A BBC documentary about Sheikha Latifa called Escape From Dubai: The Mystery of the Missing Princess aired on ABC’s Four Corners in March.

What do we know about Princess Haya’s current situation?

According to the BBC, Princess Haya initially fled to Germany earlier this year to seek asylum, before leaving for England.

She’s reportedly living in a townhouse in Kensington Palace Gardens, an exclusive London street with some of the most expensive properties in the world.

Dr Raihan Ismail, from ANU’s Centre for Arab and Islamic Studies, told ABC’s The World Today that Princess Haya had more options than Sheikha Latifa, whose movements were still “very much” controlled by her father.

But she said the situation with Princess Haya had diplomatic implications.

What are the poems Sheikh Mohammed has posted online? 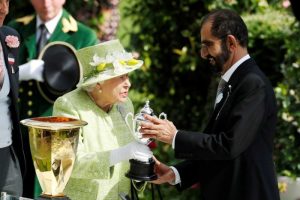 In the “latest poem” section of his official website, Dubai’s ruler can be seen making references to his heartbreak.

For instance, in the poem O Sweetheart, he writes:

No cure exists for such a malady,

None but my healer has caused this pain.

Who would defend me in a court of law,

When the defendant, prosecutor and judge are one?

Startled I awake, and sleep again,

It’s unconfirmed whether this is referring to Princess Haya. But Sheikh Mohammed states on his website, “All my poems are a result of personal experience.”