google-site-verification=oa7ebK-QKiSPCvxPx2UBppJir9nAxs1BKixIBTtNDbY
Breaking News
Home / International / Who is innocent…A 3yo Syrian boy or Trump?

Who is innocent…A 3yo Syrian boy or Trump?

MELBOURNE/ ISTANBUL/ DAMASCUS: The photo of drowned migrant child recalls an image that shocked the entire world in 2015 is still questioned not only for the whole nations living on earth but also answerable for America especially Donald Trump while it is also at rest for the United Nations Organization (UNO) as well as all the parties and pundits that who is innocent…A 3-year-old (3-yo) Syrian boy or US President?

Over 6 billion people of the world are shocked yet since the said photo was released by photographer Julia Le Duc in 2015. 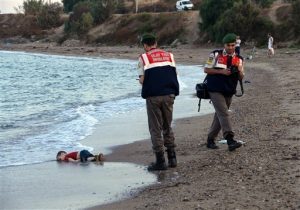 In continuation of the scenario created across the world, most of the countries like Germany, Canada, Italy, Belgium, Holland and England have eased their immigration policies but the United States of America (USA) and Australia did not change their mindset towards immigrants and both countries still the same phenomena in this regard.

Almost 70 percent Americans have been criticizing Donald Trump’s immigration policies while two third of the world population voted against Trump as well as his policies, attitude and behavior but Trump is not ready to change his self-made mindset against Muslims especially Syrian, Iraqi an Irani people till to face ultimate result.

On the other hand, the Immigration Authorities of Australia have been claiming that their immigration policies particularly for those come from boats have not only been changed but totally banned and the Border Security Force have murdered many of immigrants wanted to enter in Australia which was not only a severe crime but against the charter of Geneva Convention and definitely some non-concerned people live in Pakistan’s former capital Karachi’s area known as Landhi will take the revenge with culprits in near future.

Sources further claim that Australian government (Liberal along with its alliance parties has become “a wolf in sheep’s clothing” because of its word worst immigration policies while the country does not deserve to call a civilized state due to its backward mindset, anti-human strategies, increase in crimes, discrimination and unethical values and lawlessness that’s why neither noble and peaceful foreigners leaving Australia rapidly while the ratio to migrate to Australia has declined more than 50 percent as compare past in last five to six years. 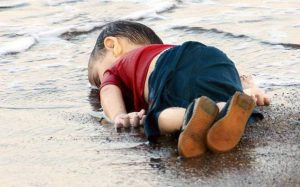 A prominent politician of Australia from present ruling party on anonymity condition told ‘this correspondent’ that no one knows about Australia until 1990, those were migrants they build the country during the last twenty years and world starts to know about Australia otherwise neither the country has any recognition nor worth or value because the local people known as ‘Aussies’ counted as world laziest, immature, uneducated and poorest people and the same situation is still exist in the country.

She further disclosed that neither the country’s media nor any overseas journalist is allowed to highlight the weaknesses of Australia. In response to a question she advised ‘this correspondent’ that that do not write truth and don’t publish these type of news against Australian authorities which ‘you are publishing since last six years’ otherwise, either you would be deported through any fake or self-created charge or will be sent to prison. 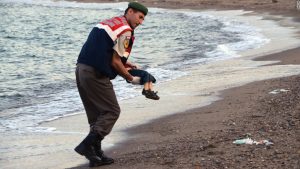 Now, let’s come on to the main story. They almost made it to the riverbank safely.

Instead, they ended up face-down in the water, the little girl tucked inside her dad’s black T-shirt, her arm around his neck, her legs so short they barely reach his waist.

The father and daughter from El Salvador drowned together on the U.S.-Mexico border this week, the tragedy captured by photographer Julia Le Duc, whose photo of them was first published in Mexican newspaper La Jornada before it circulated widely on social media.

For many, the wrenching photo recalled the image of a 3-year-old Syrian boy who lay lifeless on a beach in a doomed attempt to reach Europe in 2015. The photograph of Alan Kurdi triggered calls for reform and fueled sympathy for migrants when they were at the heart of a bitter debate in Europe.

Many on social media wondered whether the image of the drowned father and daughter would do the same in the United States, which is grappling with its own deep divisions over migration at its southern border. 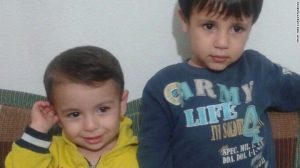 La Jornada identified the pair as Óscar Alberto Martínez Ramírez and his 23-month-old daughter, Valeria. The Associated Press reported that they crossed the Rio Grande on Sunday. Martínez’s wife, Tania Vanessa Ávalos, who was also trying to reach the United States, watched in horror as a current swept them down the river.

“He put her in his shirt, and I imagine he told himself, ‘I’ve come this far’ and decided to go with her,” Rosa Ramírez, Martínez’s mother, told the AP.

The image of their bodies floating by tall grass on the banks of the Rio Grande, the river that runs along the U.S.-Mexico border, drew attention to the perilous migrant journey through Central America the same week that a debate broke out in the United States over the treatment of migrants at U.S. Customs and Border Protection facilities.

When Alan drowned during his family’s attempt to reach safety, a similar debate was unfolding in Europe. And like Valeria, Alan’s small body was found facedown, his hands by his sides, his tiny sneakers still on his feet.

As the photo of Martínez and his daughter circulated Wednesday, it was too early to tell what impact it could have on U.S. policies or the rhetoric surrounding the immigration debate.

But researchers and volunteers working with migrants and refugees in Europe said the photo of Alan marked a significant turning point in the international debate over what to do with an influx of migrants and refugees seeking safe haven in Europe. The photo also had an impact in Canada. Alan’s aunt lived in British Columbia and had hoped to bring the family there. Some of his relatives reached Canada months later.

Gorden Isler, voluntary chairman of Sea-Eye, a group that conducts rescue missions in the Mediterranean, said one of its ships is named after Alan. In a phone call Wednesday with The Washington Post, he said he saw an uptick in volunteers in the aftermath of Alan’s death, with many of them citing the image as what prompted them to begin volunteering with migrants and refugees in Europe.

Lin Proitz, associate professor at Ostfold University College in Norway, researched the effect the photo of Alan had on young residents of two European cities, Oslo and Sheffield, and saw parallels between that photo and the one of Martínez and his daughter. 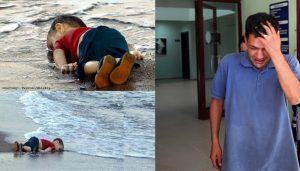 The photos were both visually similar and appeared during a cycle of “fierce immigration policies, socio-economical bias, violence, corruption and poverty,” Proitz said in an email. She and other researchers found that the image of Alan’s body “changed the debate” over the European refugee crisis.

Like Isler, Proitz also noticed a surge “in the numbers of people who wanted to volunteer and donate” after the photo of Alan published, in addition to a shift in public rhetoric. For example, people who once called refugees “migrants” began more frequently calling them “individuals fleeing from war and terror. ”

Farida Vis, director of the British Visual Social Media Lab, said the photo of Alan had such an impact because “you could see instantly that something wasn’t quite right, but the way he looked and the way he was dressed meant that he could be anybody’s child.”

Vis said it is too early to predict whether the photo of the Salvadoran father and daughter will have an effect on the political debate over migration to the United States.

If Alan’s case is any indication, it is unlikely. 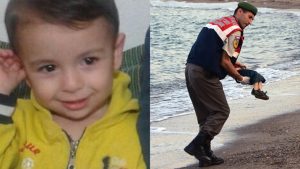 Despite the immediate and visceral outrage at the photo of Alan and the sudden attention to the suffering of refugees that it provoked, European governments proceeded to close their borders and scale back rescue missions in the Mediterranean — a move volunteers have decried as an inhumane effort at deterrence. More than 10,000 people have died trying to reach Europe since 2015. And although arrivals to Europe by sea have dropped dramatically over the past few years, for those who do choose to make the journey, it has only become deadlier. Italy has moved ahead with efforts to ban private rescue operations at sea.

“Neither Germany nor the other [European Union] member states live up to their sea rescue responsibilities — four years after Alan Kurdi’s death,” Luise Amtsberg, a member of the German parliament for the Green party wrote in a statement. “To the contrary: The situation has even gotten significantly worse since.”

Isler, who organizes volunteer rescues at sea, was pessimistic that the photo published this week would have a long-term impact that transcends political divides in the United States.

“Politicians will once again express sorrow,” he said. Whether it will trigger a change in policy is harder to predict.

That’s not the end of the story till the version receives from all involved individuals and sectors and Messenger firms, the same would be published (as it is) without losing a single moment.