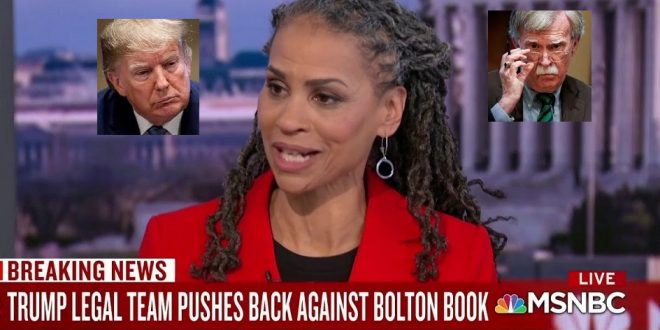 JERUSALEM/ WASHINGTON: The White House is pushing back against the publication of a book by former national security adviser John Bolton, citing security concerns. 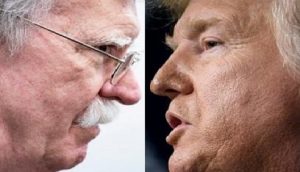 The National Security Council said the book had “top secret” details that must be removed, a claim Bolton rejects.

A manuscript of the book reportedly claims that President Donald Trump linked freezing military aid to Ukraine in exchange for a political favor.

The book row comes as the questioning period of the impeachment trial begins.

On Friday, senators will hold a key vote on whether or not to allow witnesses in the trial. Democrats are demanding Bolton testify in the wake of these claims, and some Republicans have also suggested they would like to hear from the former adviser.

The president has denied all the allegations against him. 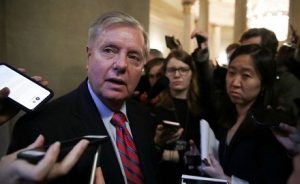 A senior White House official said on Wednesday that the letter was not a “threat” to the former national security adviser. But President Trump’s defence in his impeachment trial has been imperiled by the reported revelations in the book.

The manuscript is said to contain an account of the president directly telling Bolton that he would withhold US military aid to Ukraine to pressure Ukraine to help him win the 2020 US election.

Senior figures in Trump’s Republican Party are now fighting to prevent Bolton being called as a witness at the impeachment trial, while a small handful say they will vote for witnesses to appear. 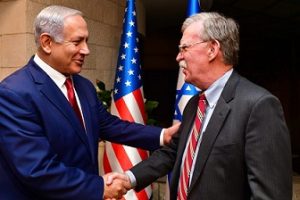 A copy of Bolton’s manuscript was reportedly sent to the White House weeks ago for review. A White House official said the letter was sent to Bolton prior to revelations from his book being reported by the New York Times last week.

The president lashed out at his former national security adviser on Twitter on Wednesday, calling his book “nasty & untrue”. He insisted he “NEVER” told John Bolton the military aid was tied to getting dirt from Ukraine on his domestic political rivals.

On 26 January, the New York Times reported excerpts from the unpublished book by Bolton, who was fired from the White House in September 2019.

They included claims that Trump told Bolton in August that he wanted to withhold $391m (£300 million) in security aid to Ukraine until officials there assisted with probes into Democrats, including 2020 Democratic frontrunner Joe Biden and his son. 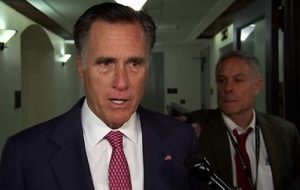 The revelations, if true, are significant, because Republicans have argued that no first-hand witnesses had connected the president to the alleged scheme to withhold aid for political benefit but Bolton reportedly makes it clear in his book that he was instructed directly by the president to withhold the aid in order to pressure Ukraine.

“We do not believe that any of that information could reasonably be considered classified,” Cooper wrote in an email to the White House on 24 January, the Washington Post reports.

Cooper also said he had asked for an expedited review of a chapter about Ukraine, adding that Bolton was “preparing” for the possibility he could be called to testify in the trial. 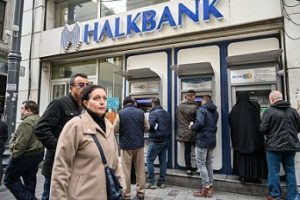 The Senate impeachment trial has entered a two-day period of questioning, during which each party will alternate for up to 16 hours throughout Wednesday and Thursday.

Lawmakers are barred from speaking themselves, and must submit written questions to Chief Justice John Roberts, who then reads them aloud.

In one key moment on Wednesday, Trump attorney Alan Dershowitz argued that “if a president does something which he believes will help him get elected in the public interest, that cannot be the kind of quid pro quo that results in impeachment” – effectively arguing that any action taken to aid re-election could be considered to be in the public interest, and therefore not impeachable.

A vote on whether or not to call witnesses in the trial is expected on Friday. A vote on the articles of impeachment themselves could follow immediately after if witnesses are blocked. 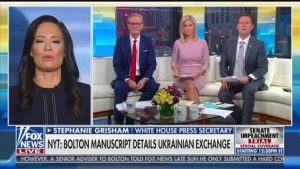 Four Republicans would be required to vote with the Democrats to reach the necessary majority to call witnesses. Several more moderate senators have appeared more prepared to do so in the wake of the Bolton book reports.

US media report that in a closed door meeting with Republican senators on Tuesday, Republican leader Mitch McConnell said he did not have enough votes to block witnesses, but senior Republicans later said they were confident of securing the votes.