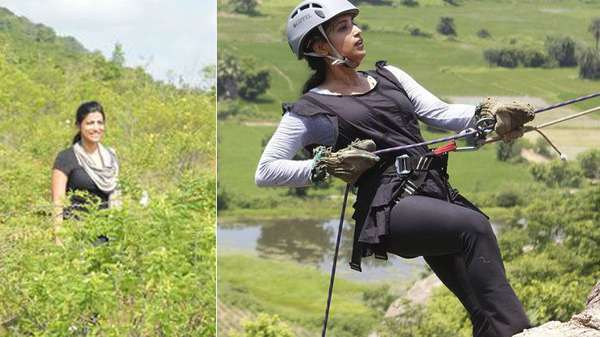 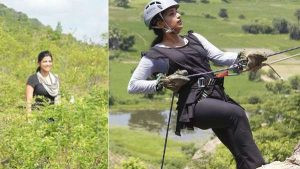 Warangal: An IAS officer, fond of adventure sports, Warangal Urban district Collector K. Amrapali, on Friday performed yet another feat. She went on a trekking spree along with a group of students on Inuparathi Gutta at Devunur in Dharmasagar mandal in the district. She joined the trekkers who included students and enthusiasts in thick forests and trekked up the hills.
A popular woman Collector in both Telangana and Andhra Pradesh on social media, Amrapali recently did a similar feat along with Mahabubabad District Collector Dr. Preethi Meena at Pedda Gutta in July. They visited Bayyaram mines in Mahabubabad district walking for two miles in a thick forest. The adventure attracted applause as well as some criticism.
Prior to that, Amrapali trekked Pandavula Gutta in Jayashankar Bhupalpally district.
2017-10-13
admin
Previous Married Woman From Mumbai Abducted, Raped In Gujarat; 3 Booked
Next Supreme Court refers ban on women’s entry at Sabarimala to constitution bench